I greeted the morning of our fifth day in Japan with Japan’s trademark melon bun I bought from a konbini the night before.

Then it was off to Umeda to get our train tickets to Kyoto. 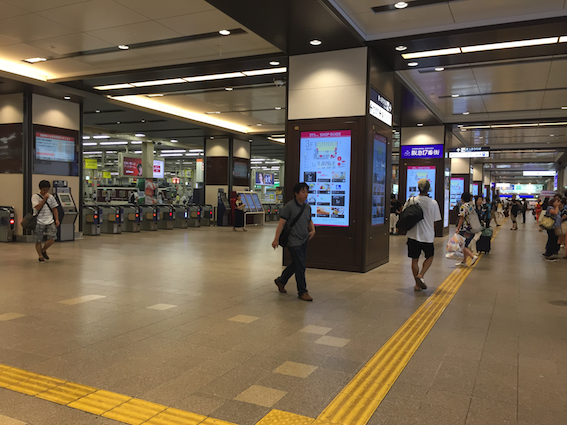 I was so apprehensive before stepping out of the station leading to Arashiyama because the weather was so hot and it looked like my foot would sizzle if I took a step outside. Within the first five minutes of being out in the open, my lipstick was already melting and wearing a polyester dress in this weather was slowly climbing to the number one rank of Worst Ideas I Have Ever Had. All in the name of #Aesthetics.

A bus pulled up then and we got on, bringing us into the heart of Arashiyama. 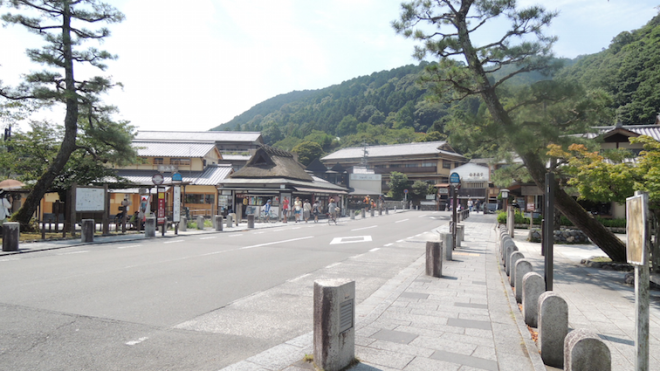 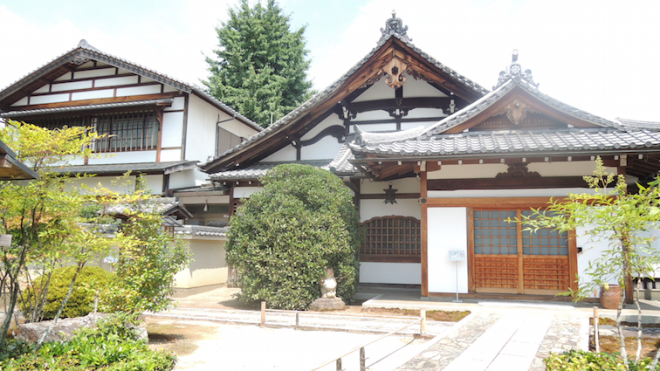 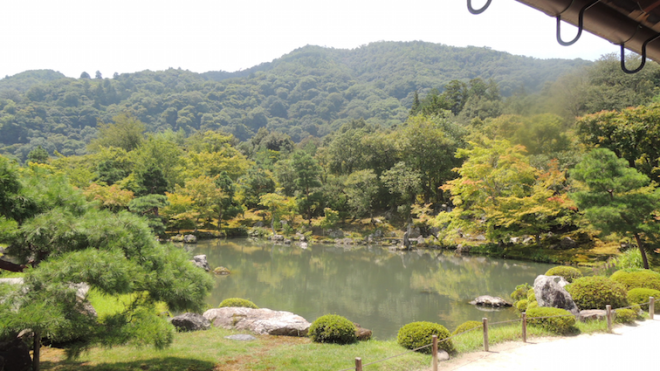 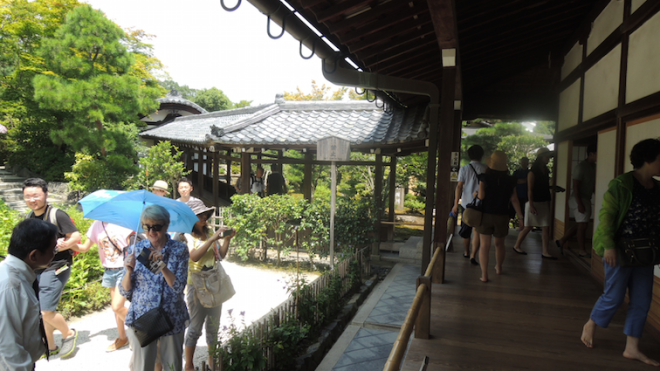 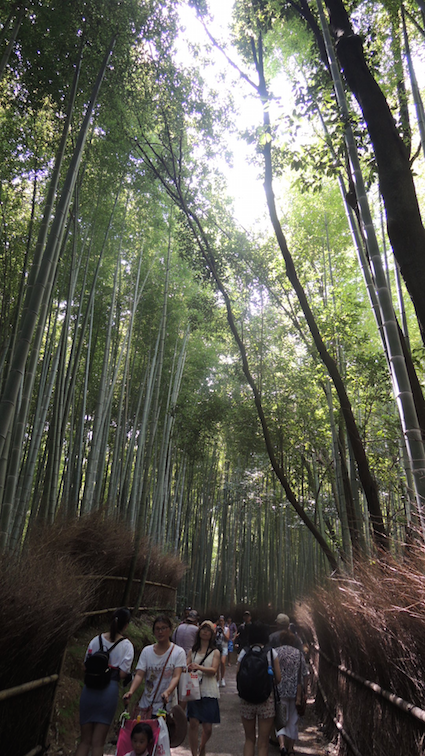 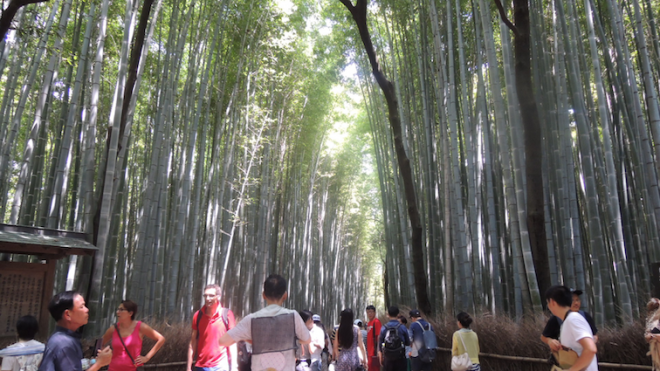 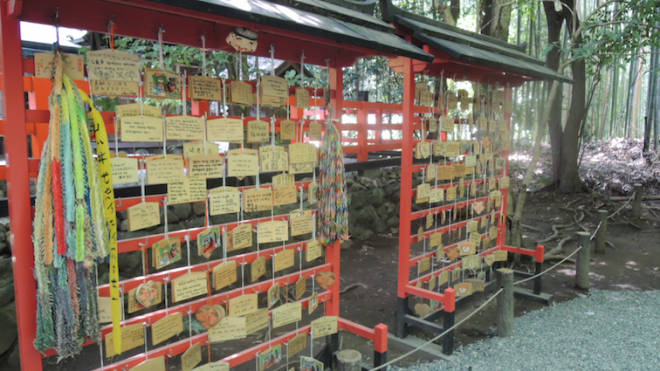 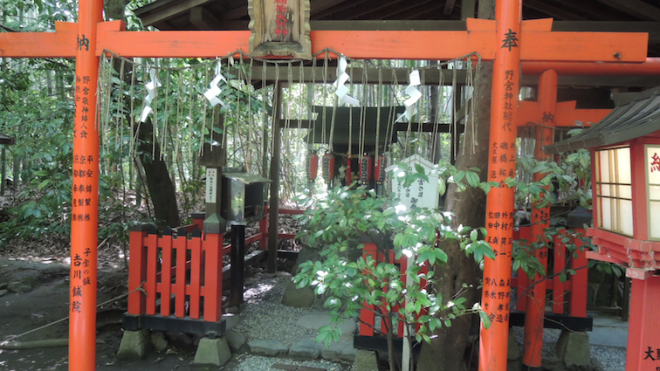 It was around lunchtime when we finished touring around Arashiyama and then we got lost for the next hour trying to find a bus that would bring us into Kyoto city. By the time we found a bus, I was literally dragging my feet and I dozed off during the 40-minute journey.

Being back in the city area reminded me of Tokyo a bit, although Kyoto was considerably less crowded and didn’t have as many tall buildings as Tokyo did. We then headed for our next stop which was Nishiki Market, where I learned to appreciate and love cold noodles (udon, in this case) as opposed to the rare few times I’d tried cold soba here in Malaysia and had been greatly let down. Maybe it was the heat or the hunger or the exhaustion from walking around in summer for so long but I’d never eaten a meal quite so quickly before which, if you know me personally, is something I’m not able to do very often. 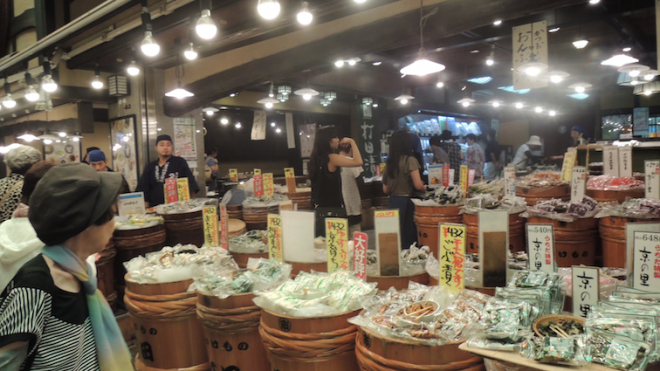 After lunch, we took another bus to Kiyomizu Dera. We had to climb a long distance of winding slope to get to the top. 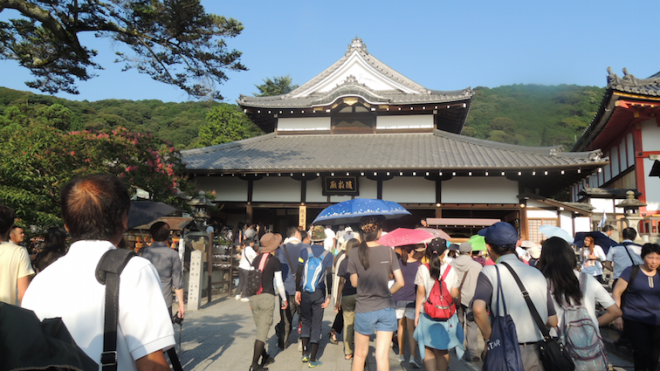 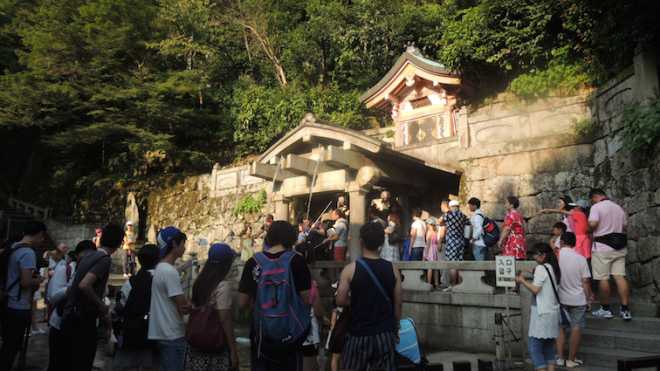 I have read many, many fics set in the summer in which the author always describes “the sounds of cicadas” and for the first time, I truly knew what that sound was like.

The entire time in Kiyomizu Dera, Rumin and I discussed and expressed ludicrousness at the fact that the local Japanese people clad in yukatas  and had their hair done nicely never seemed to break into sweat or had their makeup ruined under the searing heat. It wasn’t hard to spot tourists in Japan in the summer: they (we) would be the ones drenched in sweat, face crinkled in weariness and hair all over the place in contrast with local natives who not only appeared to be unaffected by the heat but managed to look impossibly good at that too.

The sun was already starting to set by the time we left the hill, and we made our way to Fushimi Inari by subway.

It was quite deserted in Fushimi Inari because of the time and we had barely started taking photos with the Kyoto trademark red toriis before it started to get dark. 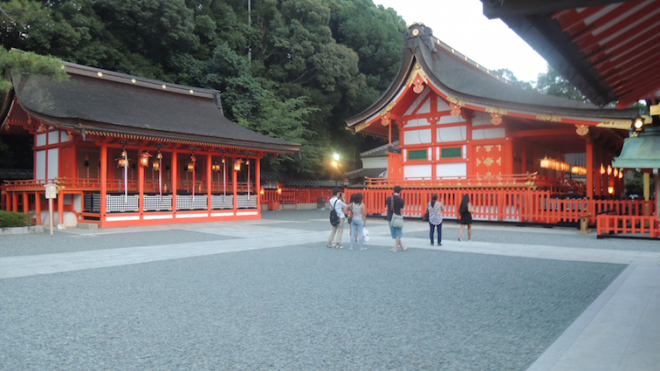 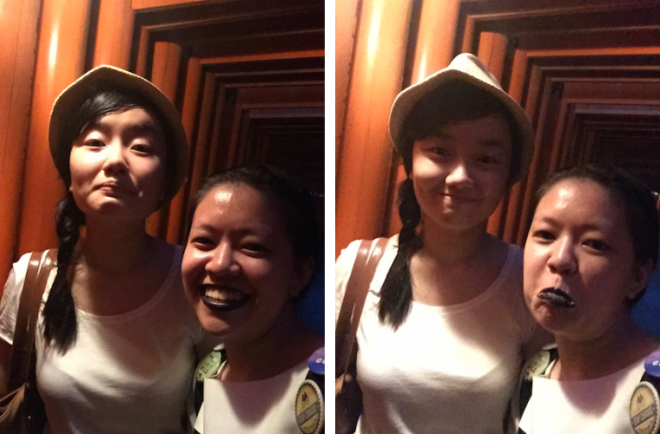 Our last stop for the day was Gion, Kyoto’s most famous geisha district. We didn’t manage to catch a glimpse of any geishas on the way to restaurants/ochayas (teahouses) because it was already nighttime, and unlike everywhere else we’d been to in Japan, certain parts of this district which were assumingly exclusively filled with teahouses providing geisha services only were completely quiet and secluded, doors and windows shut tight. It was a bit strange walking around empty streets passing by little lit shops that were so quiet it almost hinted at zero human activity.

After dinner near Fushimi Inari (we gave in to Korean noodles and Chinese fried rice), it was time to head back.

The train back to Umeda station was empty, and it was in this tranquility that I finally allowed myself to slow down and introspect, which in this case also meant mull over the fact that this was my last night in Japan and I only had less than a full day left here and oh god I wasn’t prepared for this. Sure, it had been super tiring and busy and rushed but I’d loved it, loved every second spent in this country and the thought of leaving already so soon made me really melancholic and nostalgic for a place I’d only been in for five days. Those five days felt very long and very short at the same time. 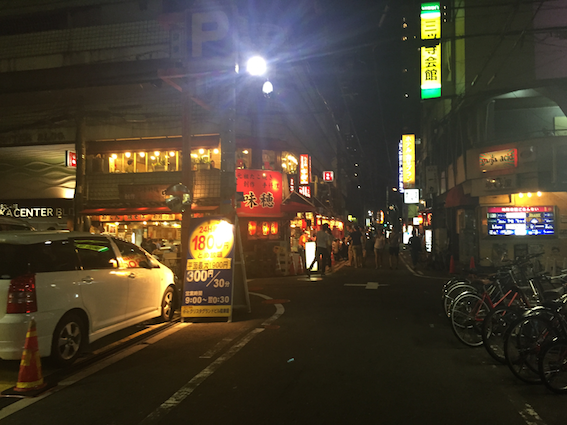 I didn’t drift off to sleep that easily that night, partially because I was feeling really sad and partially because I wanted to savour every moment I had left in Japan. Although logically, staying up until 2AM after a day of walking around wasn’t exactly going to accomplish anything but I was going through the previous days again and again, full of appreciation and gratitude until exhaustion won over and I sunk into slumber anyway.