That night after I wrote the previous post, I slept for two hours (despite the fact that I didn’t want to sleep) and woke up at 3AM to commence our car journey to Penang airport since my flight to KL was 0700 hours. I was going to be on the same flights as Aunty and Uncle Ooi so after hugging my parents goodbye, I boarded the short one-hour flight and spent the time on the plane reading Chamber of Secrets. It was a very short flight and we transited at KLIA for an hour before boarding my 13-hour flight to Heathrow. 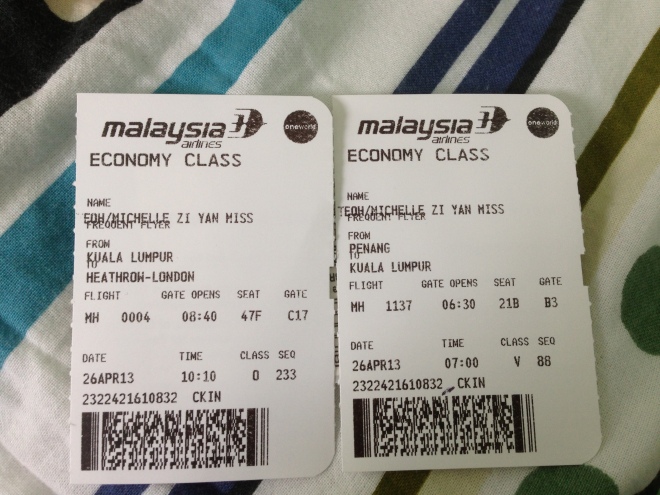 It was very emotional for me okay, it was my first time travelling abroad without my parents and the 13 hours on the plane was terribly torturous. It was hard to sleep on the plane because every time there was even a slight turbulence I would be jolted awake and my sentimentality still prevailed as I questioned why on earth did I leave my comfortable home to take this freaking thirteen hour flight without my parents. So in the end, I ended up watching almost all the movies and TV shows they provided on the plane and six episodes of Pretty Little Liars on my laptop. Oh the TV console thing on the plane was pretty awesome I might add. I watched all three episodes they had of The Big Bang Theory and also New Girl and they also had movies like The Hobbit, Les Mis, Sherlock Holmes etc??? How cool??? AND their music albums are mostly UK artists aka my cup of tea.

When the 13 hours was up and I could finally see London through the window, I thought I was going to jump right then and there because I was that excited. I was giddy and ready to unboard the plane because I was in London. I was in London. London. Holy crap. I was functioning on merely two hours of sleep and I was ready to go out and explore the world around me. 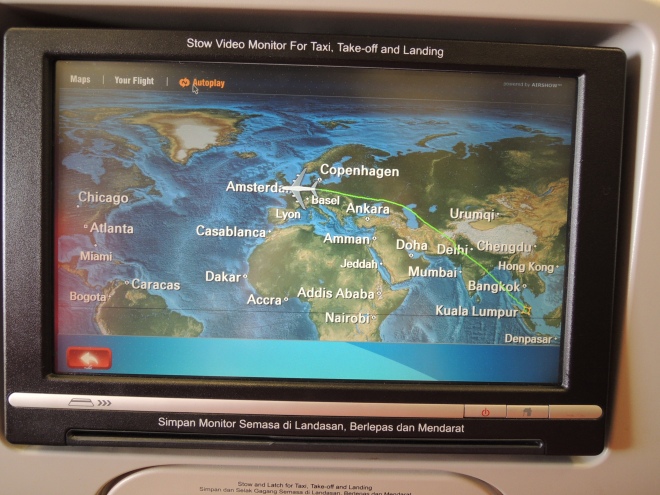 I was really excited and energetic for a person functioning on two hours of sleep when I checked into the UK border and there, a conversation went down between me and the immigration officer. Officer/me: “So you’re still under 18?” “Yeah.” “Where are your parents?” “Um, they’re not following me here.” “No, where are they now?” “Um back at Malaysia?” “Do they know you’re here?” “YES THEY DO”

And then we exited Heathrow Airport (Heathrow Airport!!!!!! I walked where One Direction had walked before!!!!) and Kenzie was there to greet us and then we stepped out and IT WAS SO COLD until we got into the car heading for Kenzie’s apartment and by then I was so sleepy but I was so hell bent on looking out of the window at EVERYTHING that in intervals when I dozed off and woke up suddenly I was sure all this was a dream because London is so, so beautiful and we passed by Central London when I got to catch a glimpse of Big Ben, London Eye, Buckingham Palace etc but in the end my fatigue won and I was too tired to even open my eyes.

An hour later, we arrived at Kenzie’s place at Fishguard Way and it was such a nice place and everything about this place is so nice I want to cry but you know what else makes me want to cry? The WEATHER WHICH IS SO COLD!!!! And suddenly I was very grateful that I’d packed for winter. After having a very small portion of dinner (noodles cooked by Aunty Ooi) I fell asleep straight away wearing two jackets with socks on.

One thought on “Airplane Adventures and Stepping on English Soil”