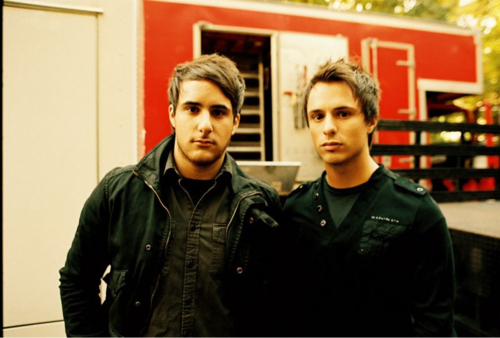 Over the past 6 years, our band has been through some of the most intense and incredible experiences of our lives. None of these things have been without trial. We’ve worked so hard to get to where we are and the fact that you are all still here with us says something about you that we will never be able to truly understand. You have stuck with us through thick and thin and we are so grateful. A couple of months ago, Josh and Zac let us know they would be leaving the band after our show in Orlando last Sunday. None of us were really shocked. For the last year it hasn’t seemed as if they wanted to be around anymore. We want Josh and Zac to do something that makes them happy and if that isn’t here with us, then we support them finding happiness elsewhere. But we never for a second thought about leaving any of this behind. We really hope that you can be encouraged by the fact that the three of us who are still here are ready to take on another chapter of our journey together. You have always been what keeps us going so why would we stop now? We want to stick by you. Knowing that we have a unified passion and a clear vision makes us feel stronger than ever.

The “blog” that was posted regarding everything that is going on with our band was a fake. We aren’t sure who did it or why… And we aren’t sure how they timed it this way. This is the first time that we have spoken out about what’s going on and we wouldn’t have released an official statement that important through a personal blog. So, we’re sorry for any confusion and just to remain clear, this is the first time we have spoken out about this.

We have some amazing things lined up for next year starting with our tour in South America. We are still coming to you and we are excited about who we are bringing with us! The tour is still on and we can’t wait to see you all.

As we look back, and now as we look with excitement to the future, in all of this what truly matters are the good times. The pictures of us with our arms around each other, the long van rides, your faces while you sing along as we play. Thank you for getting us right here to this very moment. We look forward to our best times. And we hope you will go there with us.

I woke up this morning to an unpleasant surprise, to find that Twitter and Tumblr are exploding with news about Josh & Zac leaving Paramore, and the first thought that came to mind was, this cannot be true. There were rumours going on that Hayley posted a post on her Tumblr about Josh leaving but I was so relieved when I found out it was fake, only to find out later on that both Zac and him indeed are leaving the band, although that post wasn’t written by Hayley. All sorts of feelings started to bombard me, a mixture of shock, sadness, and regret. I cannot listen to their songs and relive that night I saw them live on the 19th of October without bursting into tears, because, God help me 2 months ago exactly on this day I saw them live for the first time. Imagine how it is like waking up brimming with happiness over those memories, only to find out that 2 members from your favourite band are leaving.

Paramore wrote many songs about the band almost breaking up in many occasions, but I couldn’t believe the Farros would want to leave, especially since the band was faring so well, with so many tours under their belt. They have been there ever since the starting of the existence of Paramore, and have strived to be one of the well-known bands in the world. But apparently things changed drastically after the complications between Hayley and Josh’s personal relationship, so many weren’t all that surprised about Josh’s leaving. But Zac, Zac who has been playing the drums for Paramore since the mere age of twelve was leaving too, although it made sense for him to leave if his brother was leaving too. I don’t even know what I’m trying to say here, but I’m past caring anything. I think I’m just saying there were the ups and downs of being in Paramore, and despite the downsides that made the Farros leave, I will always remember the old memories Paramore had together. If Josh and Zac felt they would be happier if they left the band, well so be it. It’s their happiness that counts, right? And Paramore will never stop being Paramore for me, I’m not saying it won’t be different, it will be so, so different without the Farros, but people leave, and we just have to accept it, and fuck the haters because I won’t stop loving Paramore for their music, and for the memories I had with them. Good luck to Josh & Zac Farro, we will miss you.

No one is as lucky as us, we’re not at the end but we’ve already won. 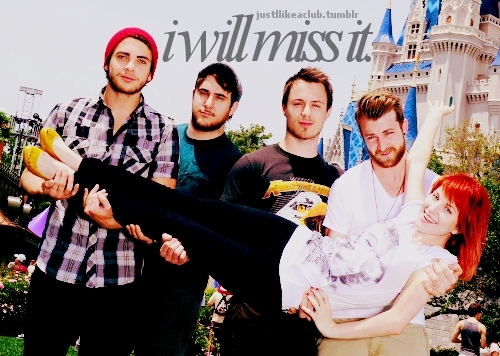