This is probably by far the least appealing title I’ve come up with but even after days of contemplating in the shower, I still cannot think of a witty or clever title to do with the word “Blackpool”. Accepting ideas and submissions from anyone possessing the creative brain juices to replace this title with a better one.

My last paper, and thus by default, the last day of my first year in uni, was last Wednesday, and the sweet taste of liberation that I’d been craving and harping on since a month ago was as climactic as I’d wanted it to be. Which in this case meant splurging on Grade A Japanese food with my friends and then going home to binge watch Fullmetal Alchemist until the accumulated deep-seated exhaustion from exams took over and I surrendered to it willingly for the first time in a very long time.

But this was not before my friends spontaneously suggested a day trip to Blackpool the very next day and, still riding on the fresh fumes of freedom, I had every reason to say yes and bought train tickets right then and there.

Our train the next morning left at 8:46AM and we reached the seaside town of Blackpool at around 10AM. The weather was ideal, as English weather has generally been for the past few days with its optimal temperature range within the 20s, so we immediately headed for the beach which was a 15-minute walk from the train station.

After being cooped up in the city for so long, the mere sight of the sea admittedly made me more excited than I thought I would be. It was a welcomed fresh change of scenery appropriate for post-exams therapy. 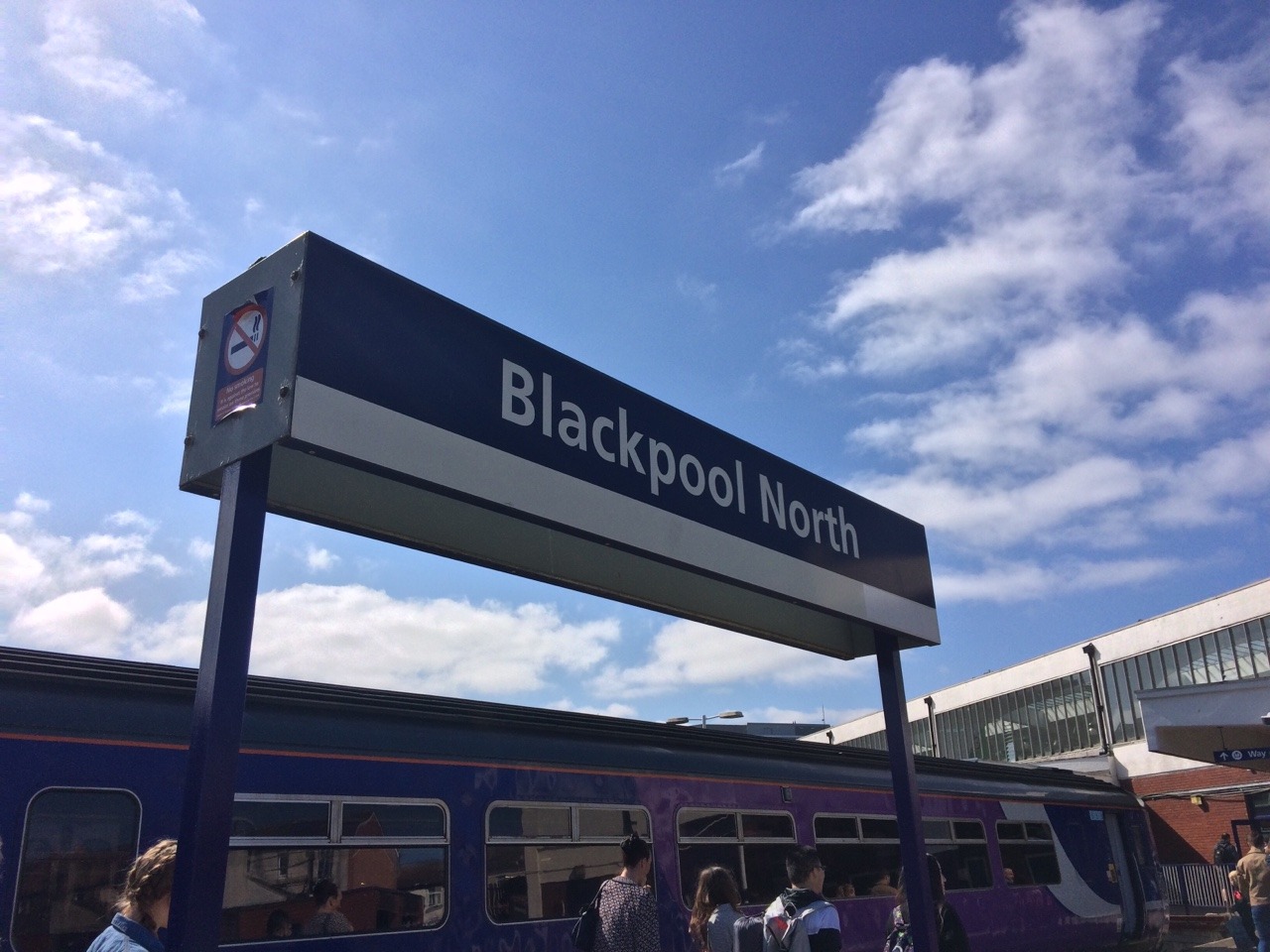 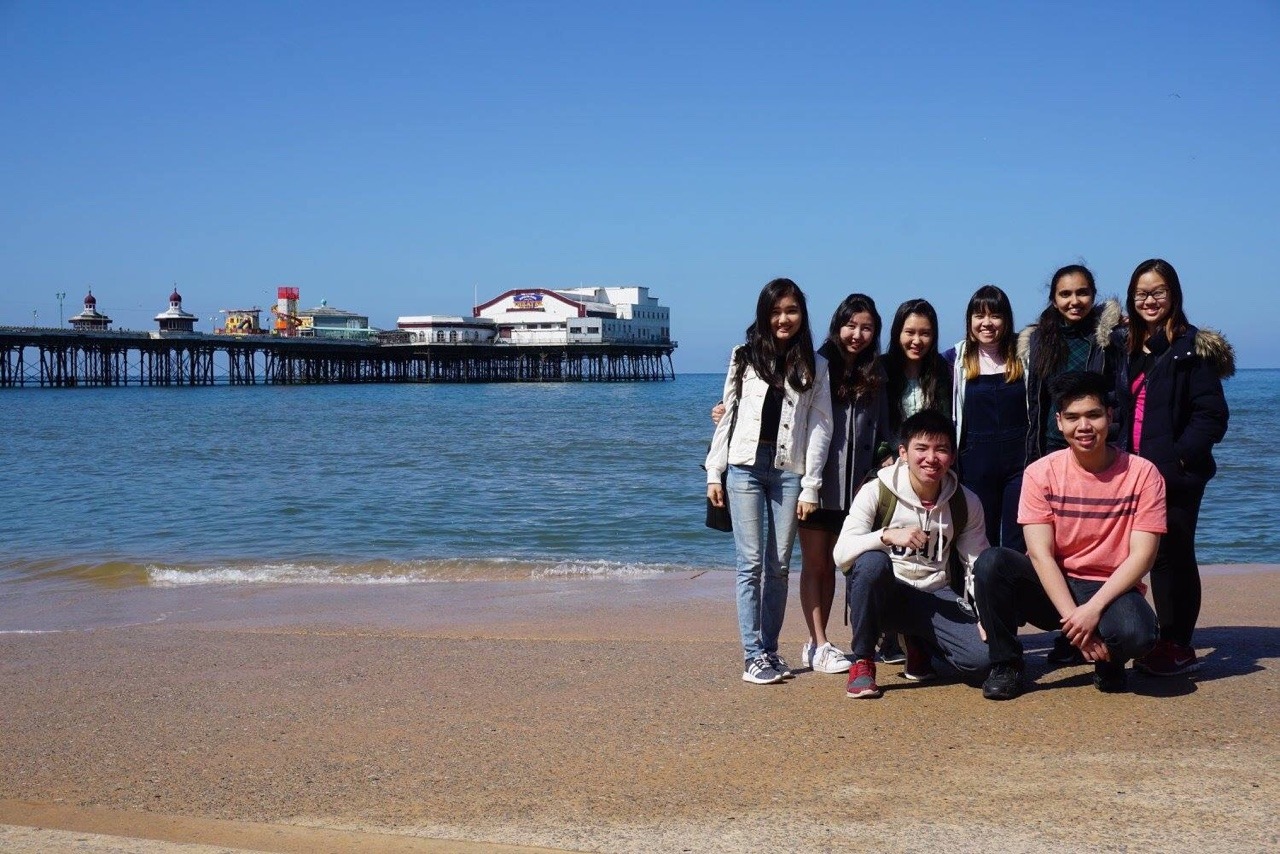 We didn’t hang around for very long because we still had other places to go and empty stomachs to fill. On the way to lunch, we passed by an arcade and spent a good few minutes (and pounds) in it because, well, just because we could. 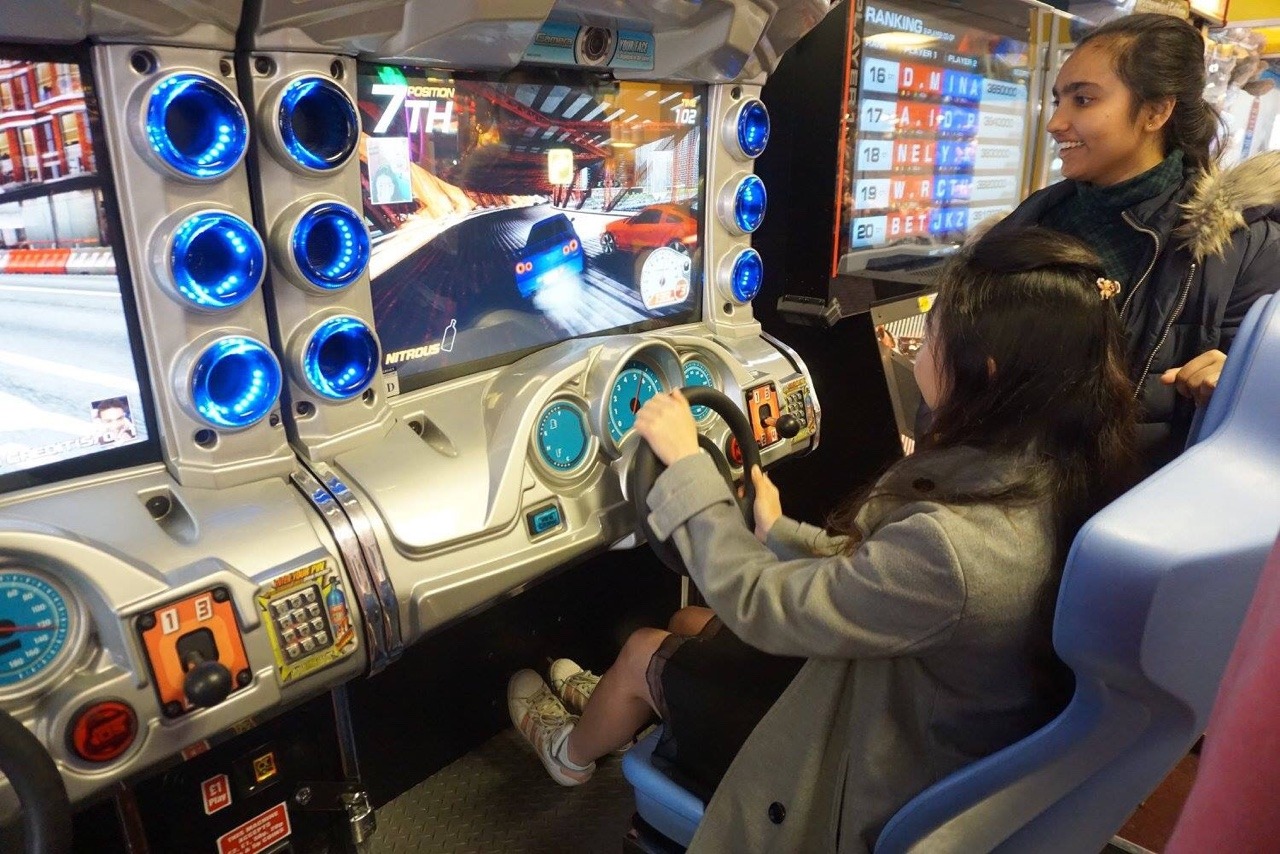 Lunch was, stereotypically, fish and chips, and then we headed for the Sea Life aquarium (reminiscent of KLCC’s Aquaria) where, stereotypically again, we spent more time pointing at sea creatures in the tanks, exclaiming where the best hawker place to eat sambal sting rays is and debating whether a spotted fish is kam bong hu or peh chiao than actually reading facts off the plastic boards mounted next to the tanks and marvelling at exotic sea life. 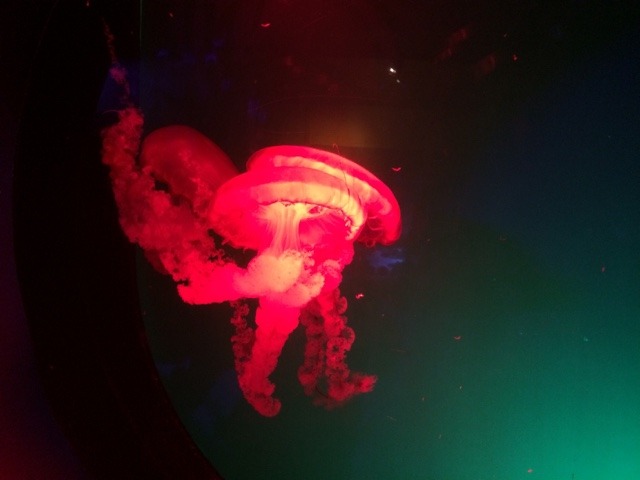 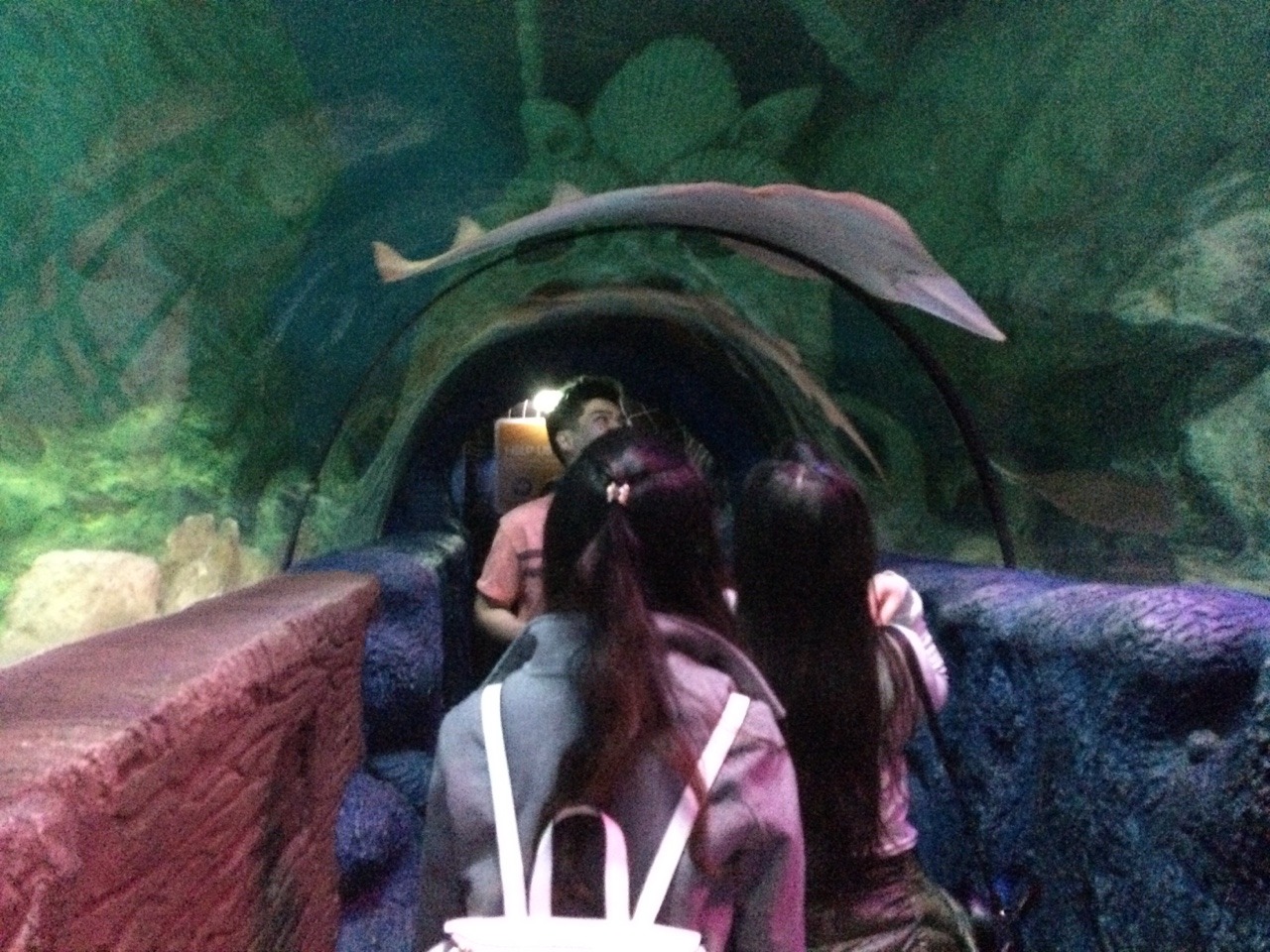 We bought a joint-attraction ticket with the Blackpool Tower Dungeon so that was where we headed to next. What was initially thought to be a haunted house turned out to be just creepy (and smelly in particular areas) where we were educated rather sinisterly about England’s history filled with macabre plagues and gory witch-burnings. Theatrics and scare tactics were things I could stomach, but what I did not expect at the end of the tour was an approximately 20-feet free fall ride. I keep getting deceived into getting on roller coaster rides. This needs to stop. 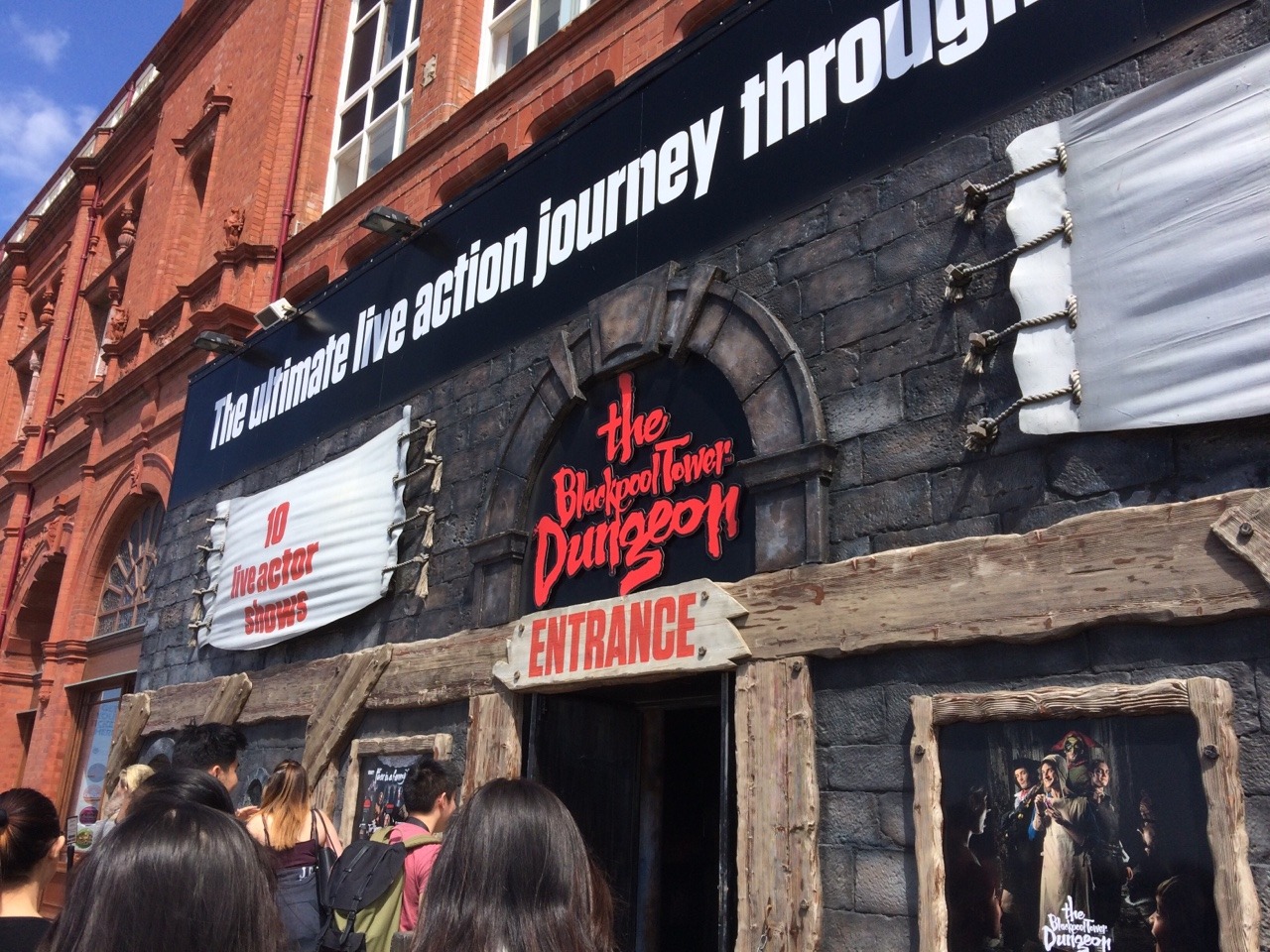 When we came out, it was almost 3PM and none of us were very hungry yet so we went to Poundland and Starbucks to get some snacks and drinks and subsequently chill by the beach (a real beach, this time) for the next four hours or so, basking in the sunlight and lack of obligation to do anything while playing Contact. 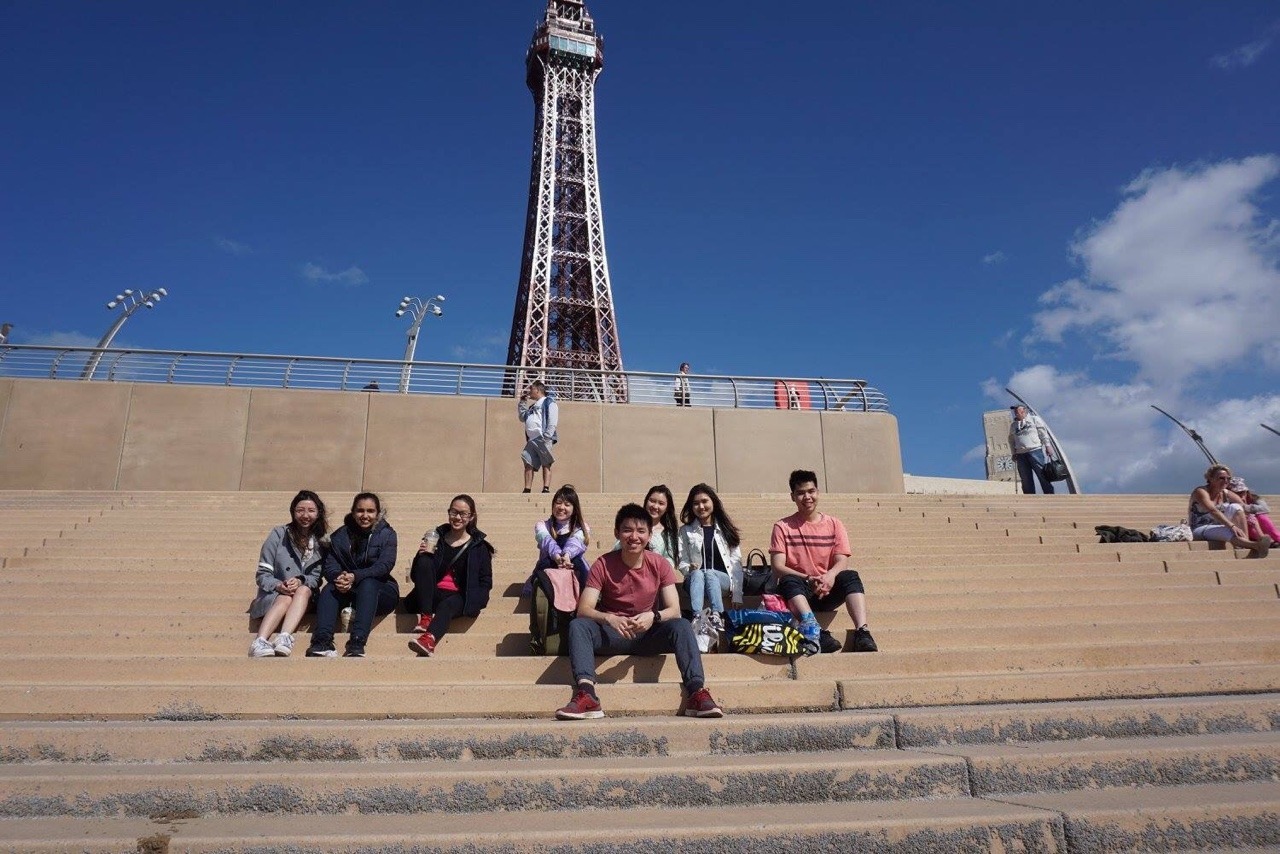 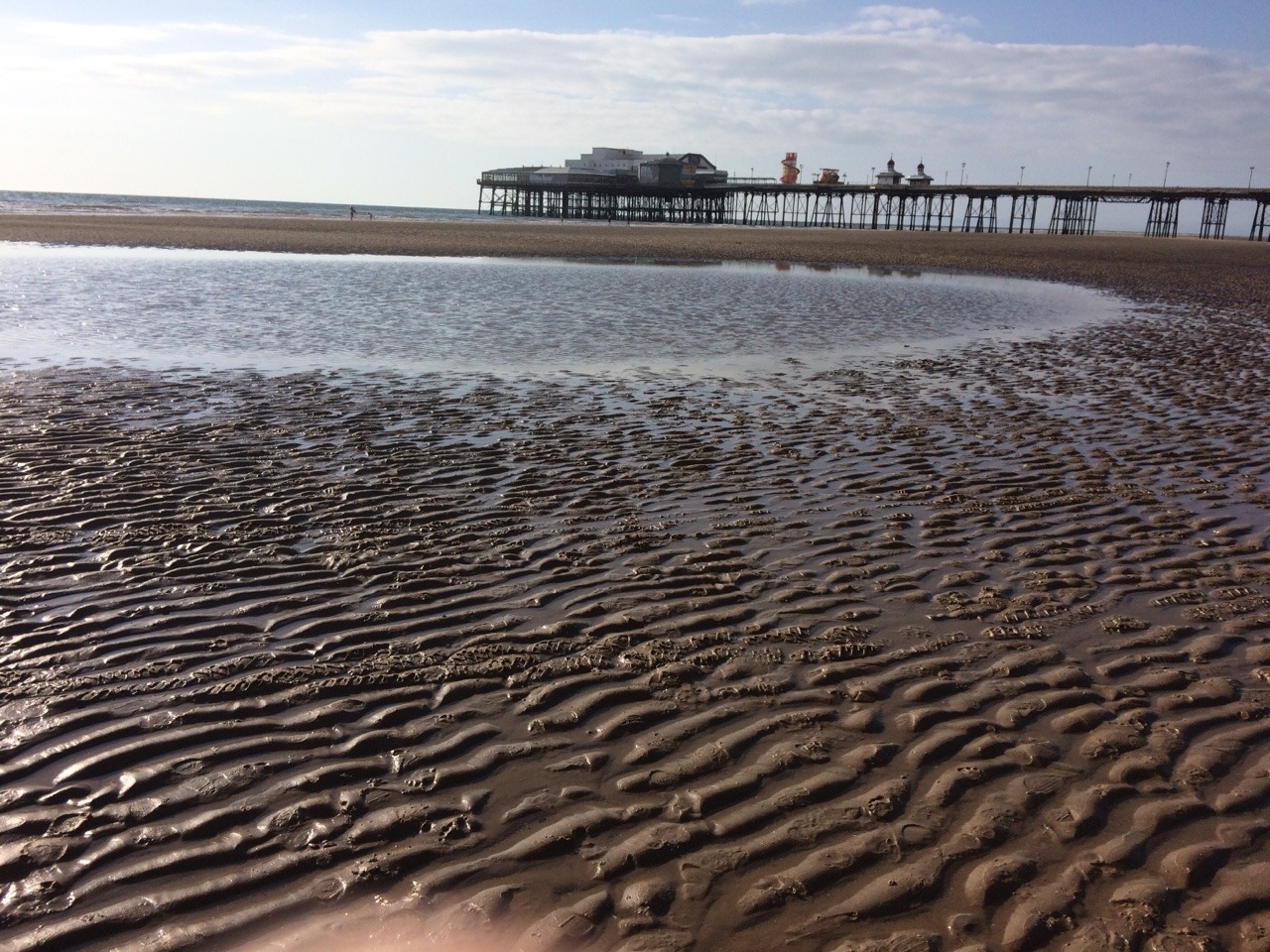 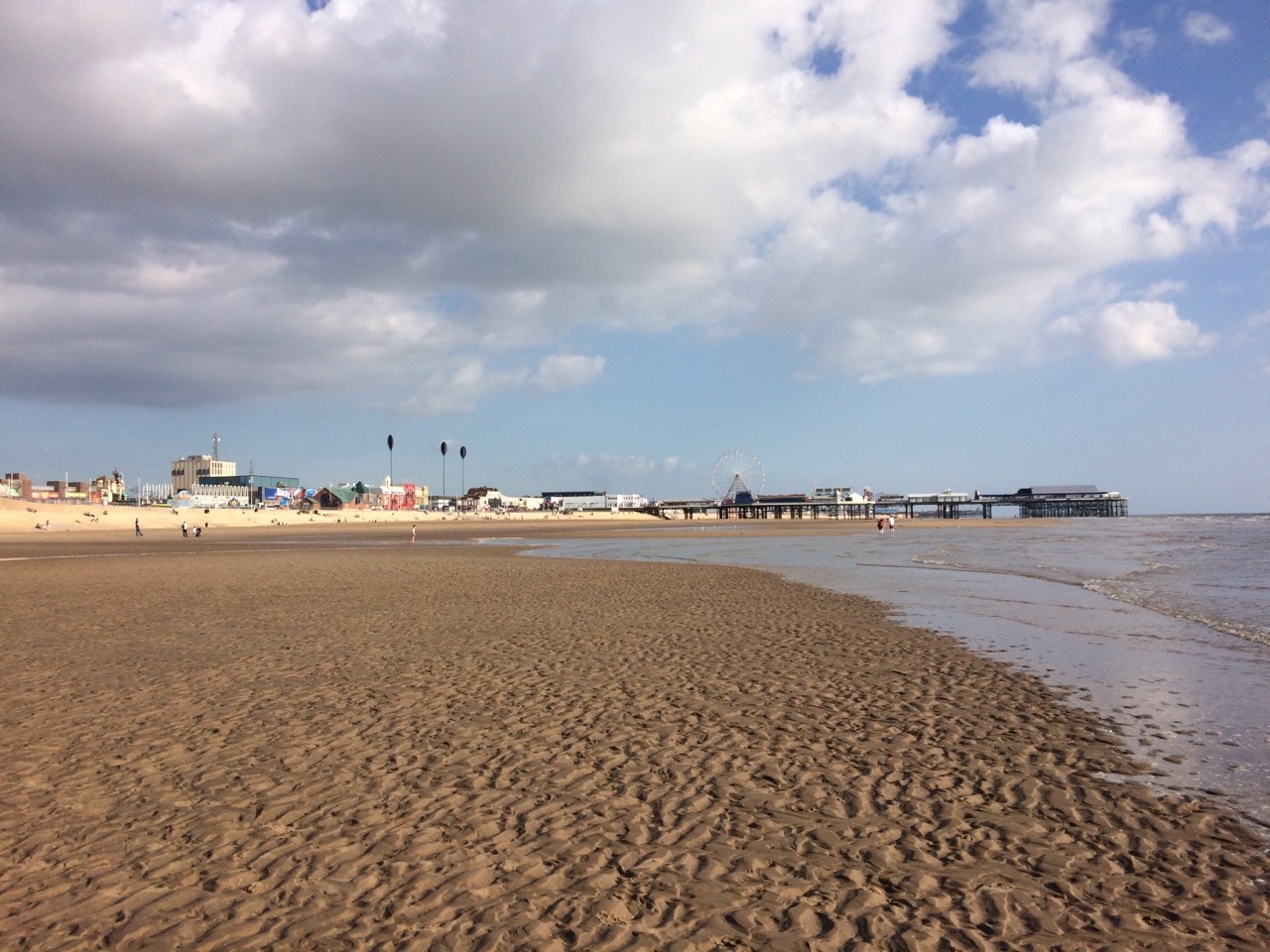 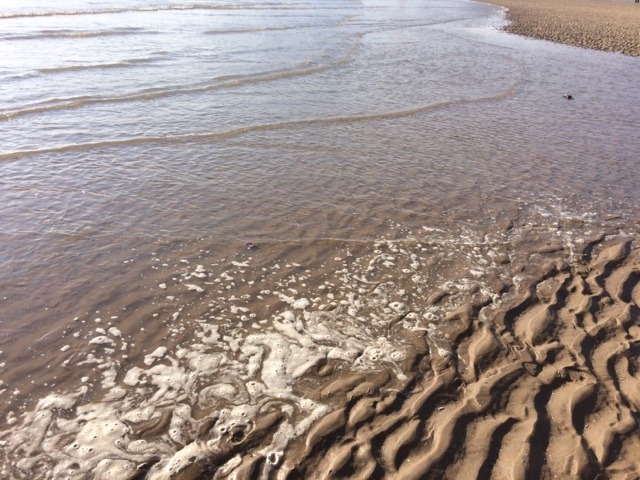 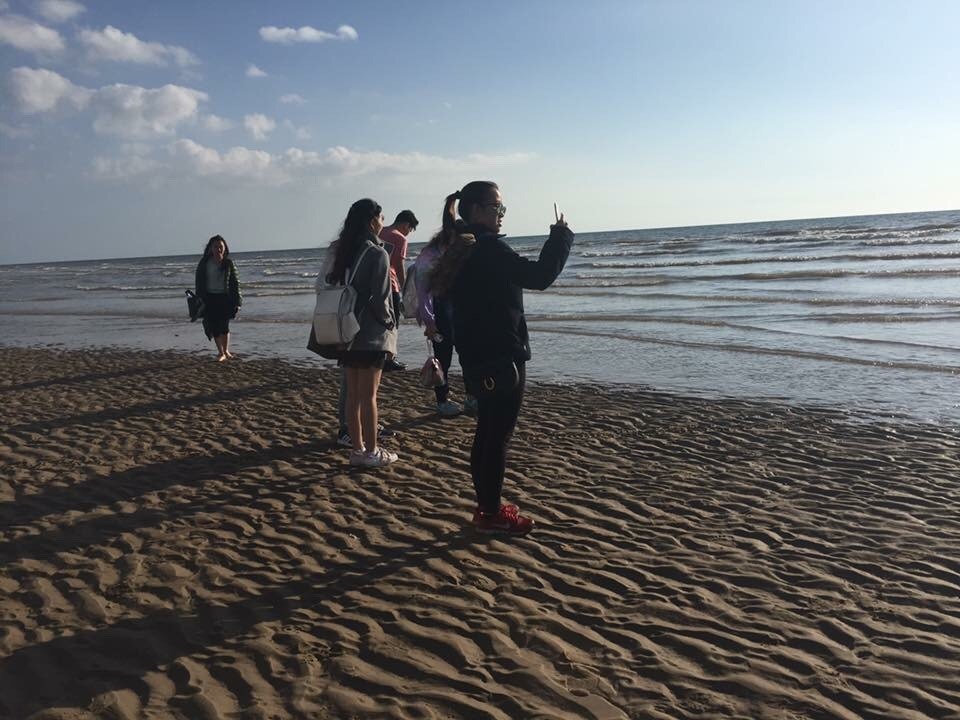 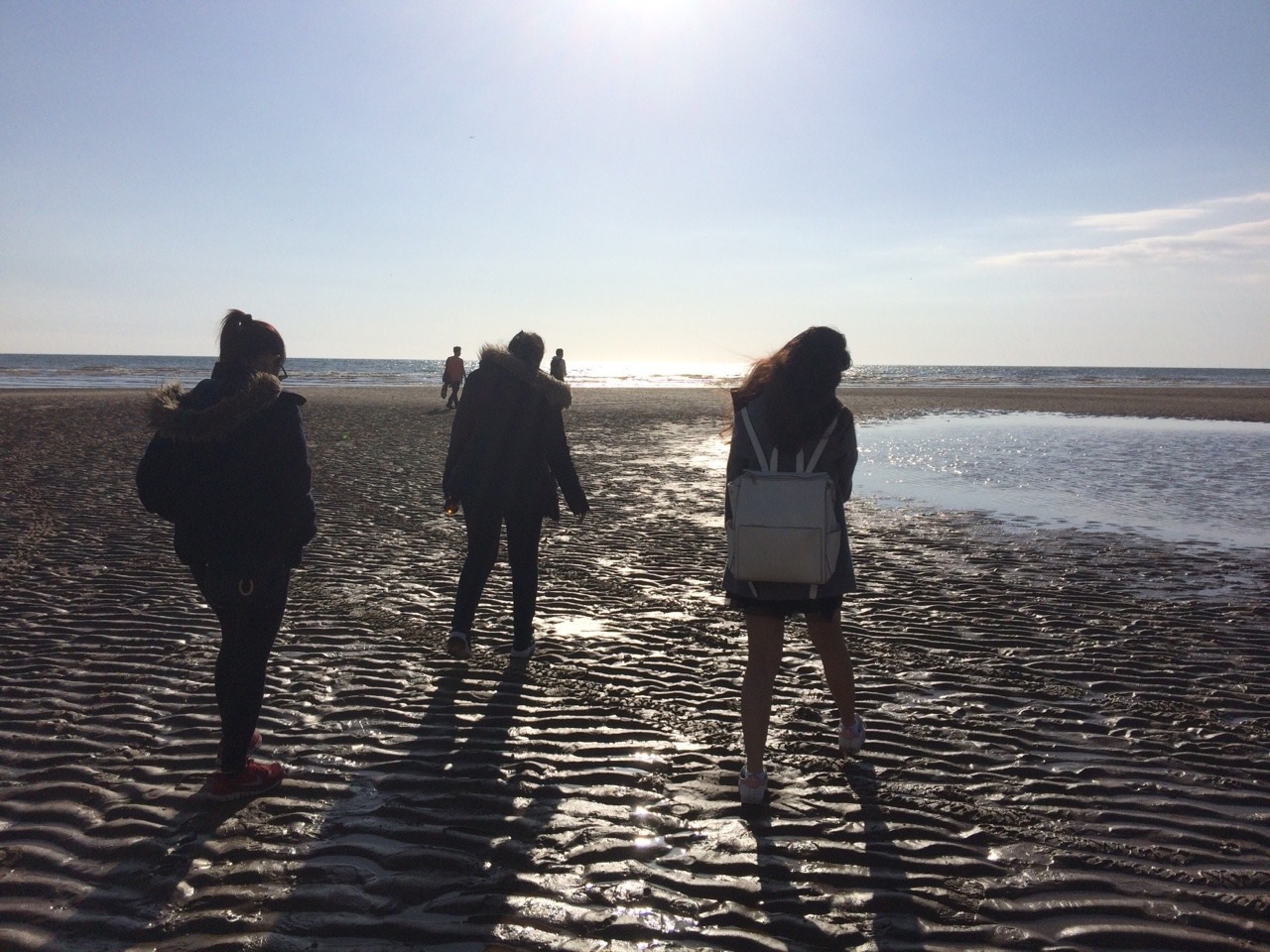 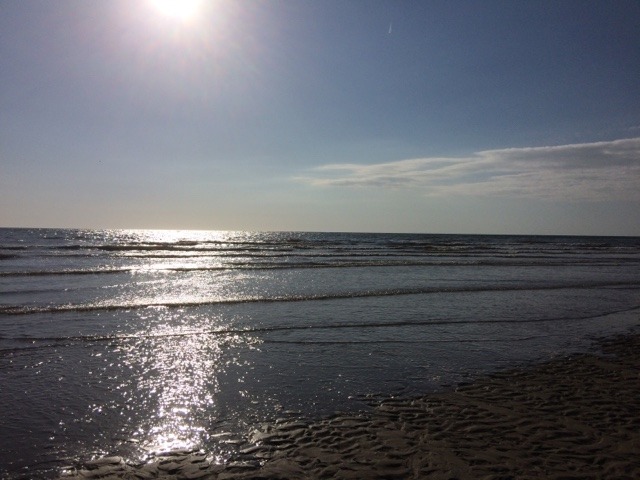 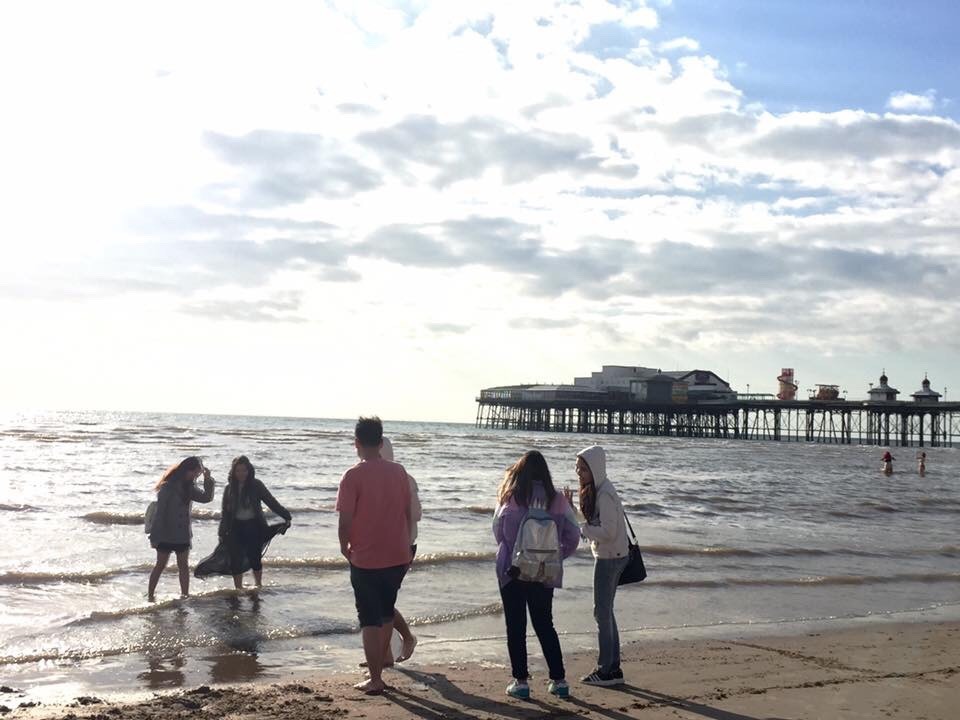 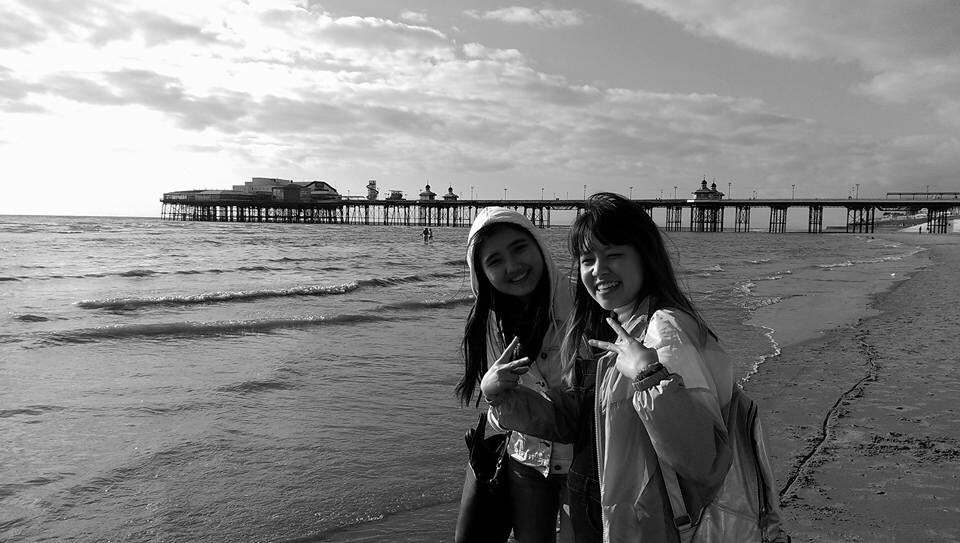 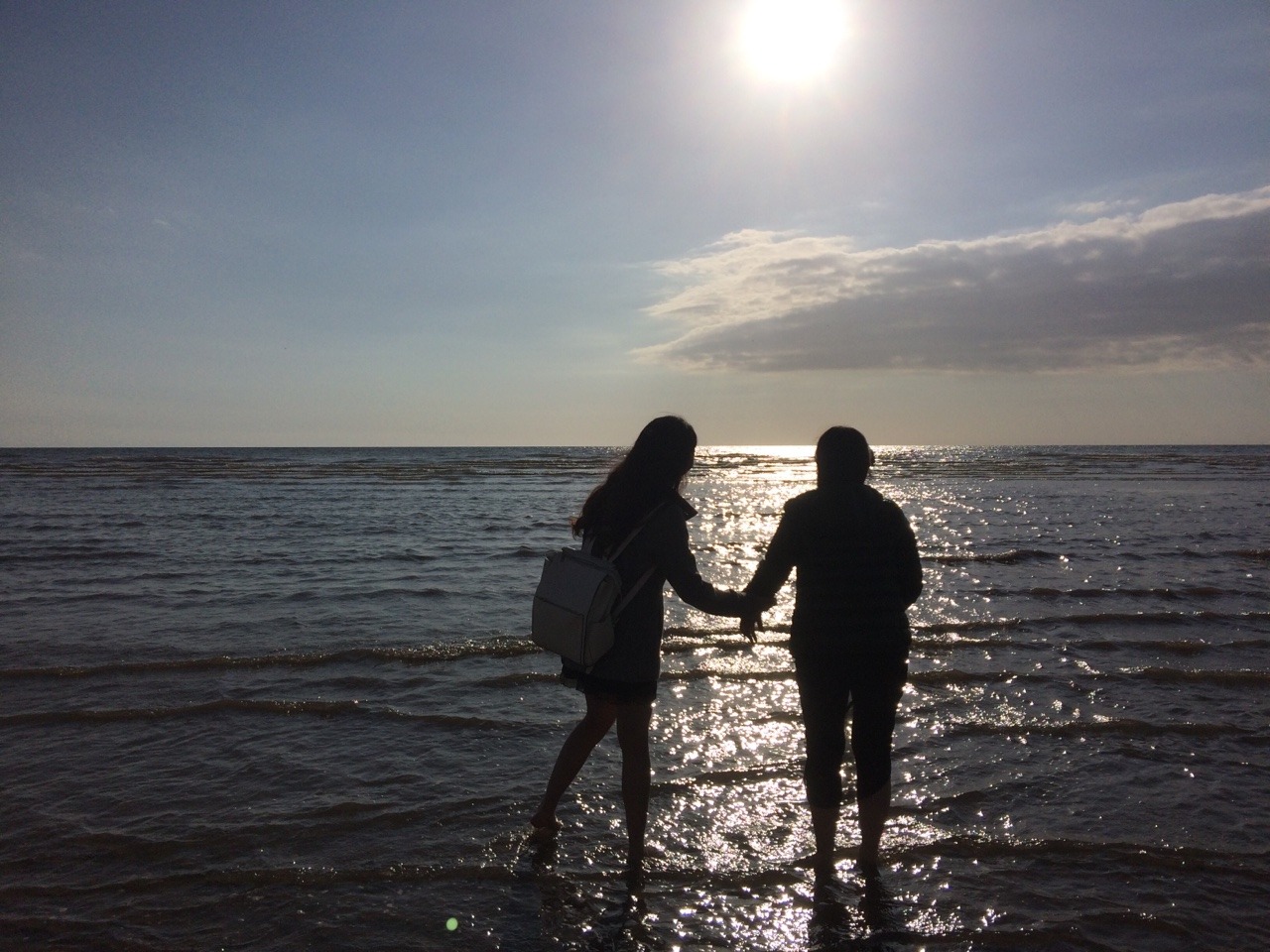 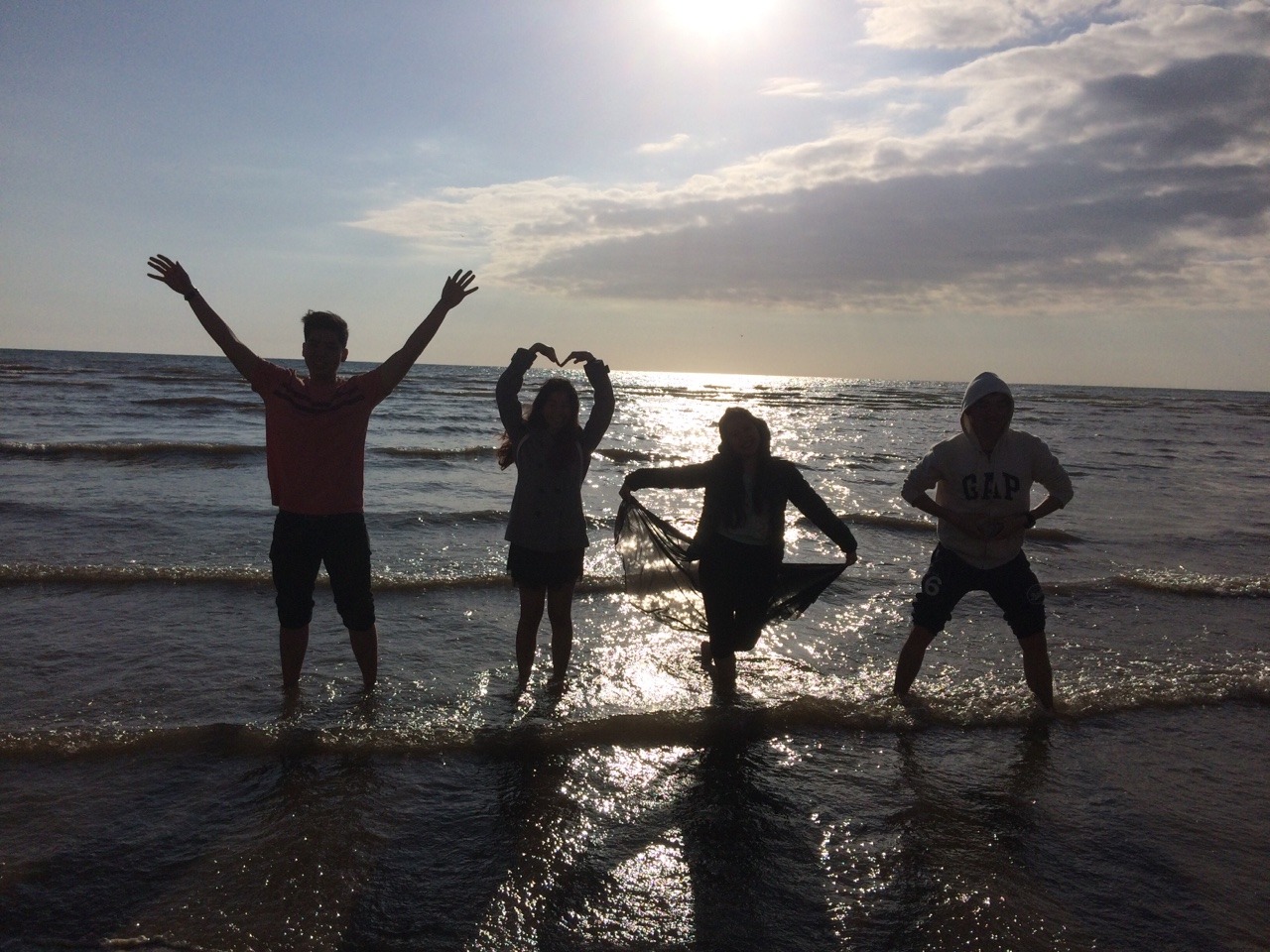 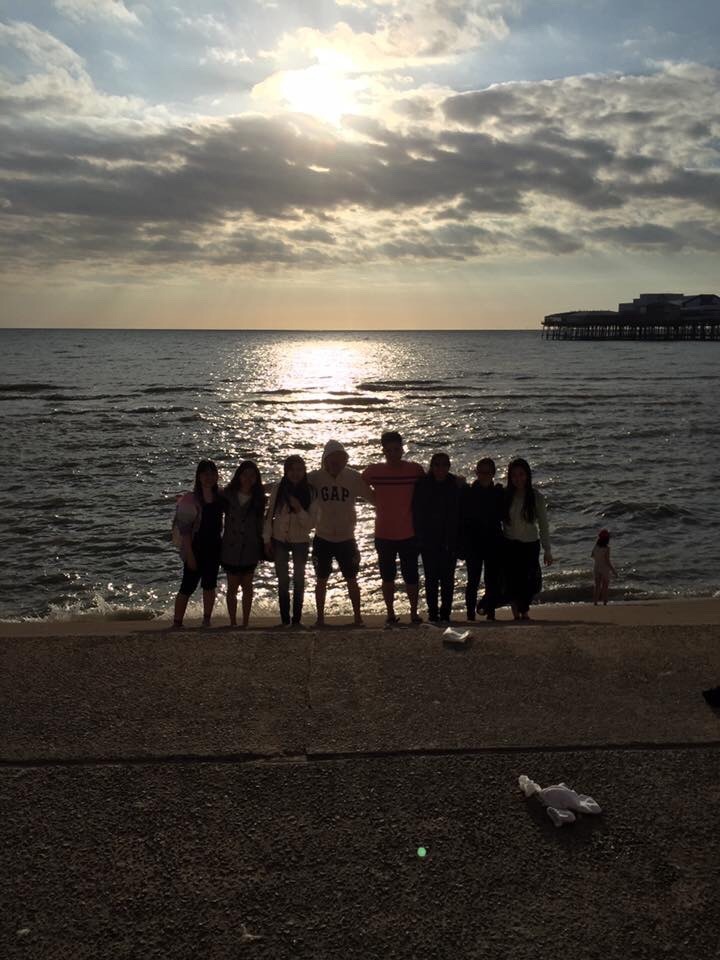 Yee Lin, Nicole, Jia Yang and CC were the only ones who took their shoes off to play around in the water but the rest of us didn’t, preferring instead to just observe and stand guard for everyone’s stuff on the beach. I still went ahead periodically to paw at the tide with my shoes, but I had to keep on retracting my footsteps because the ocean tide kept inching forward at an incredible speed that in mere minutes, the size of the beach was halved. It wasn’t until Siow Le suddenly turned around and exclaimed that the sea tide wasn’t just rising from the direction of the sea itself, but large puddles were also forming behind us, right at the base of the stairs, trapping us on island that was rapidly being consumed by the waves by the second, that we began to panic. Ash, Siow Le and Xue Wen attempted to make a run for the shrinking strip of dry land between two approaching puddles but I was terrified (and extremely lazy) at the prospect of having to clean my shoes back in my halls were they submerged in sea water and would rather run across barefooted at the expense of guaranteed discomfort and exposing my toe corn to sea water (which was #1 reason why I decided to remain full-footed in the first place). I was competing with the rising tide to take off my shoes and socks and roll up my pants (I won) but unfortunately, the sea seemed to be taking our competition too seriously that by the time I was halfway across the stretch of puddle to the stairs, the water level had already risen up to my thighs, wetting my pants anyway (I lost).

We all made it to the dry stairs in varying degrees of dampness and I couldn’t stop laughing (though there was a hint of laugh-crying in there too), wondering how amusing we must have looked like, screaming and complaining all the way from the beach (which was now absolutely submerged) to the stairs. We tried our best to clean up with Yee Lin’s supply of wet tissues but there was no getting rid of the ickiness either way, so we could only make the best of the situation (which in this case meant walking in squelching wet shoes for some) and head to the train station for our train leaving at 8:40PM.

And then of course, the night ended with a late night dinner at Pearl City. Stereotypically.