I’ve been in Manchester for more than a week now, though with everything that’s been going on, including the entire tedious process of unpacking and buying new household stuff, it feels like ages since I first touched down at Manchester Airport. And before I can begin the (hopefully) interesting and alluring chronicles of My Adventures in Manchester, I must first initiate a house tour, a prologue as good as any to commence my second year in Manchester.

So hello MTV and welcome to my crib This year, both Rumin and I moved out of the dank (the bad kind of dank) cramped hole that was Weston and into a dank (the good kind of dank) two-bedroom flat in Nick Everton House on Grafton Street. 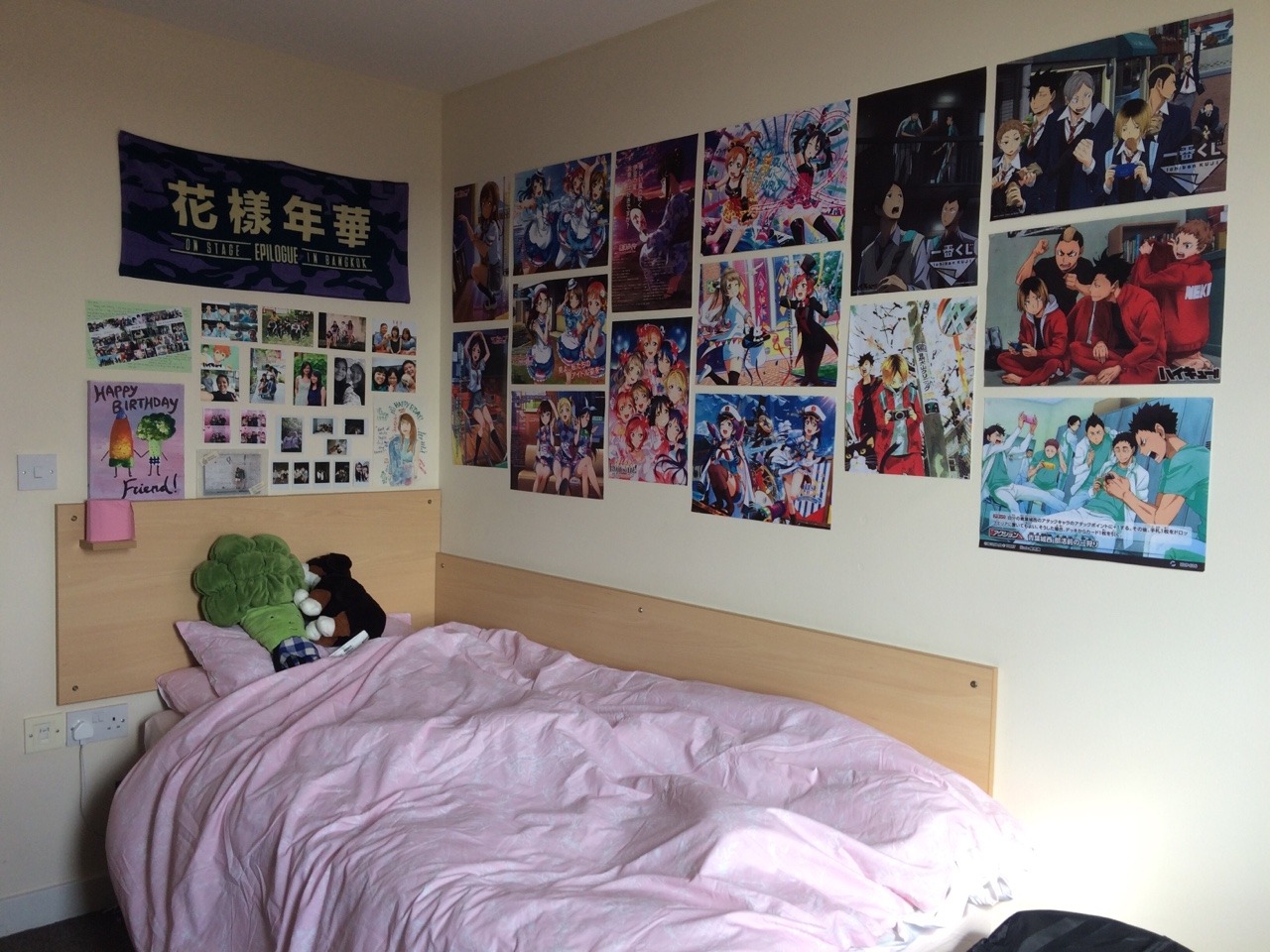 You’ll be pleased to know my arsenal of anime posters has only been upgraded (this time to include a HYYH towel) instead of the other way round. Broccoli and Howl are still here and doing fine too, thank you for asking. 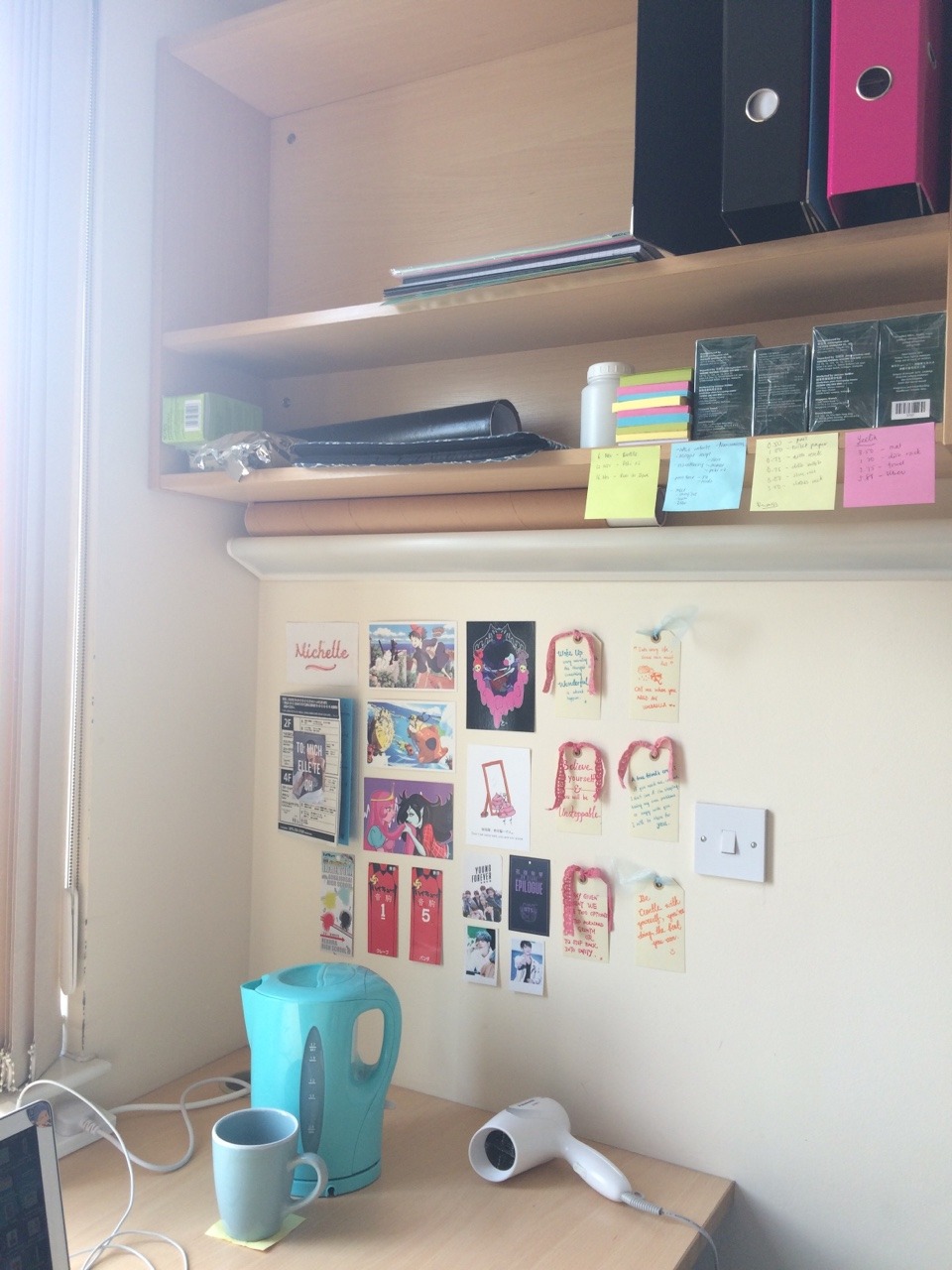 My window view this year has improved exponentially from a dull grey carpark building to a sixth-floor view of, well, the hospital carpark and also Upper Brook Street but at least I can see the sky now. 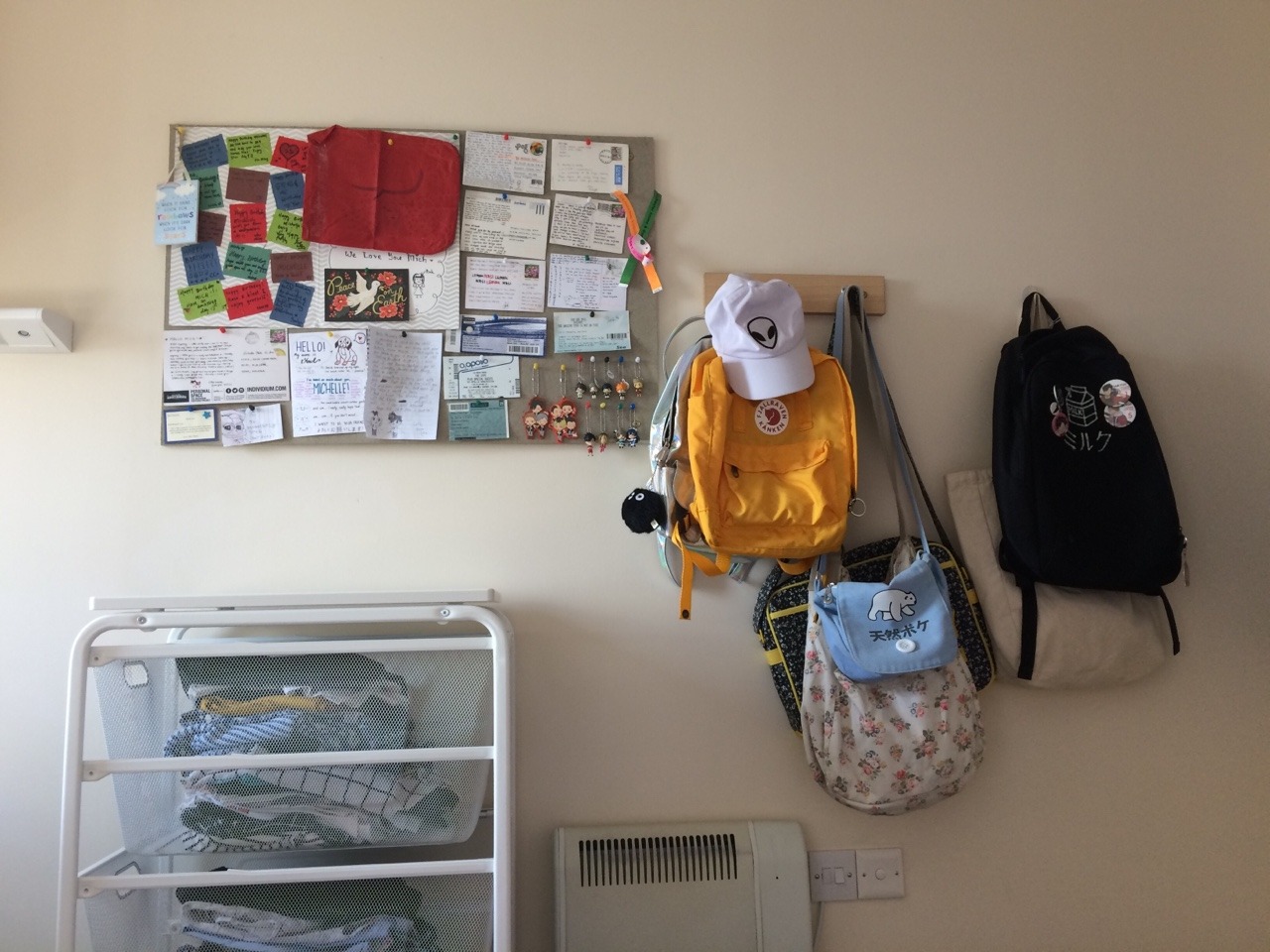 And because This Time, It’s a House, we have a shared bathroom, kitchen and living room. 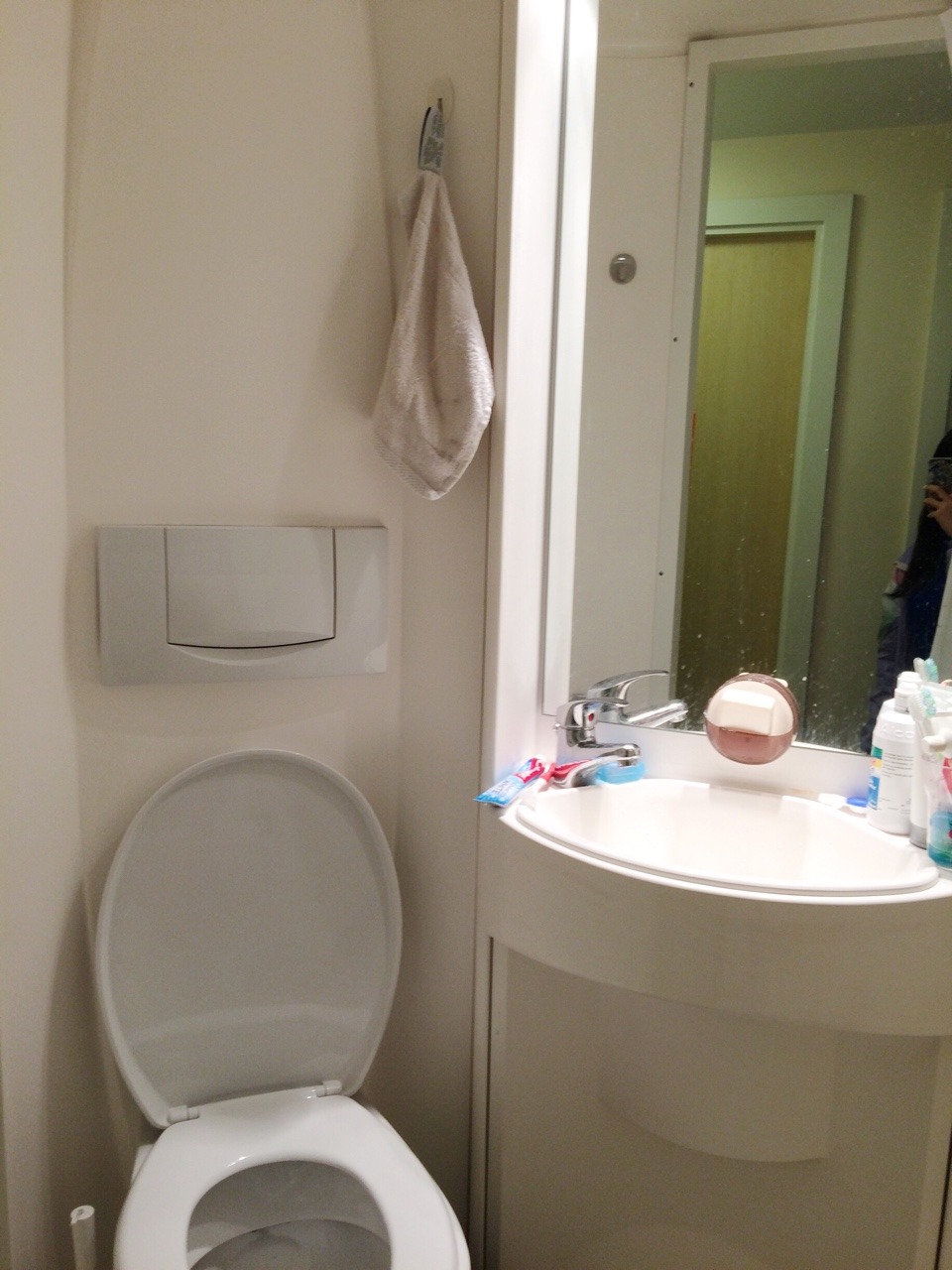 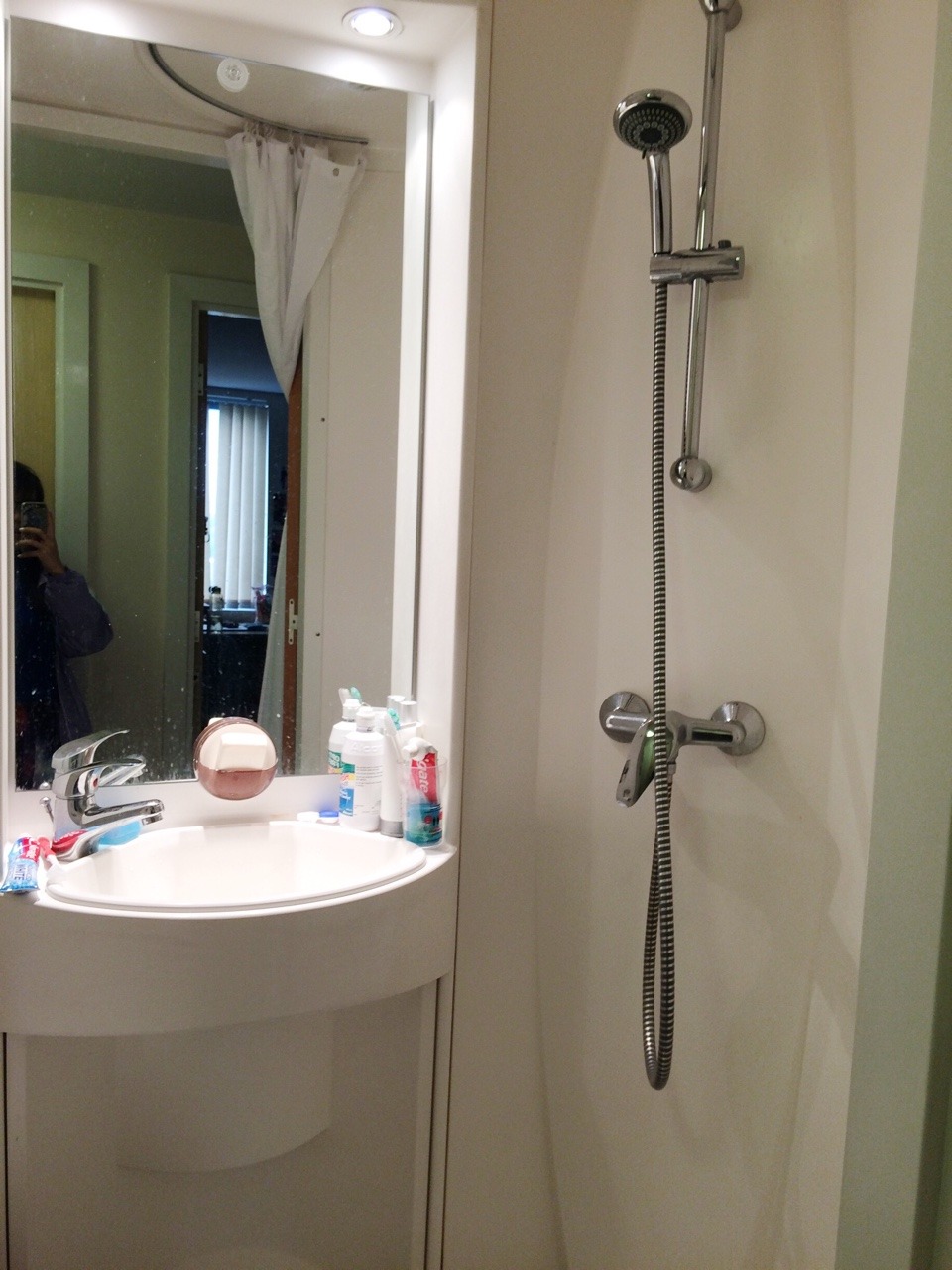 My favourite icebreaker topic whenever I invite people to my flat is “You’ll never believe the size of my bathroom” and their reactions are usually how I expect them to be because it literally is an aeroplane toilet. I have the shortest arms and even I can touch both walls effortlessly. But I’ve gradually warmed up to this aeroplane toilet because #minimalism and also the size makes cleaning everything much easier and OKAY mostly because I can use a makeshift bidet now 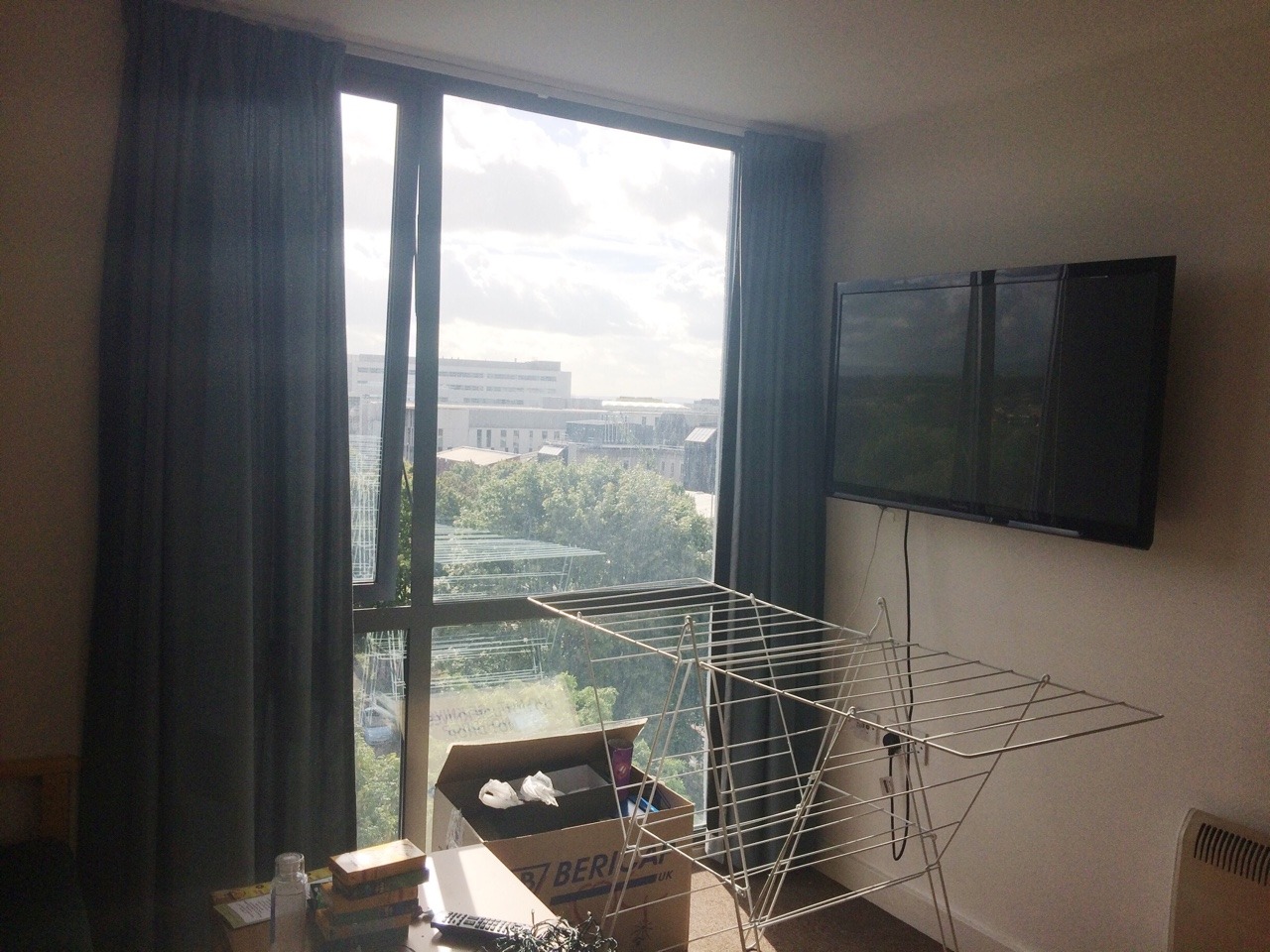 We have a TV now too but we haven’t watched anything on it yet except for when we first arrived and I turned on the English cooking channel to serve as background noise while unpacking.

It might not seem like it from my previous post, but week one in my second year of Manchester has actually been…really good so far. The previous post was prompted in a pretty bad place where the delayed emotional response of leaving home suddenly hit me in one go, I think. And I’m often afraid of writing about the good instead of the bad for fear of jinxing it and then regretting a hypothetical unpleasant turn of events that might be self-inflicted. But I know that to be untrue and there are many things that I’m still learning that require frequent firm self-reminders. If this week is anything to go by, I will always strive to improve myself and make sure my time spent at university will be a great and memorable one.

(Welcome to My Crib, parts I and II)

2 thoughts on “Welcome to My Crib: University Edition 2.0 (This Time, It’s a House)”