The Night World isn’t a place. It’s all around us. The creatures of Night World are beautiful and deadly and irresistible to humans. Your best friend could be one – so could your crush.

These are the stories about what happens when the rules get broken.

Soulmates…do they exist? These people who were destined for each other, and can never be separated. Even a single touch sends electricity through their veins; a single look combines their minds; a single kiss breaks down every barriers and only love is present.

*snaps back to normal self*

Anyways, I just finished all three books yesterday -in the middle of an exam, I know- and I couldn’t quite put it down after that. What shocked me even more was that the stories were written before the millenium and is only republished right now. I was only one when LJ Smith wrote the first story. *shudders*

Anyway, the main reason I like about Night World is…well, the soulmate thingy. My favourite stories were The Chosen, Soulmate and Huntress. The other thing is, I love to think up actors and actresses to portray the book characters, and the results often send me screaming everytime I think about the character. (Hint:  Look at the bottom.)

Here are some fanarts I made: 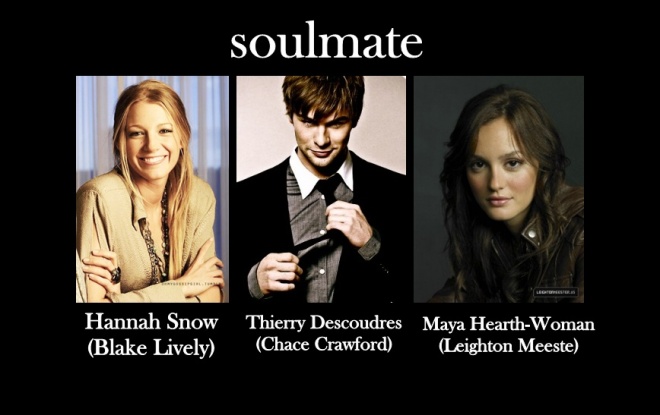 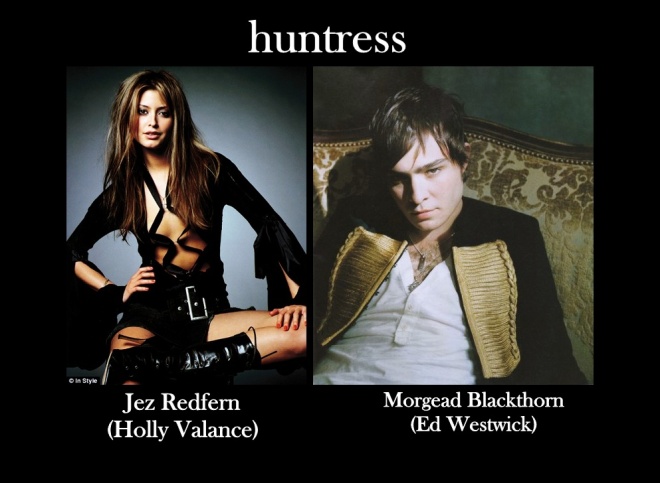 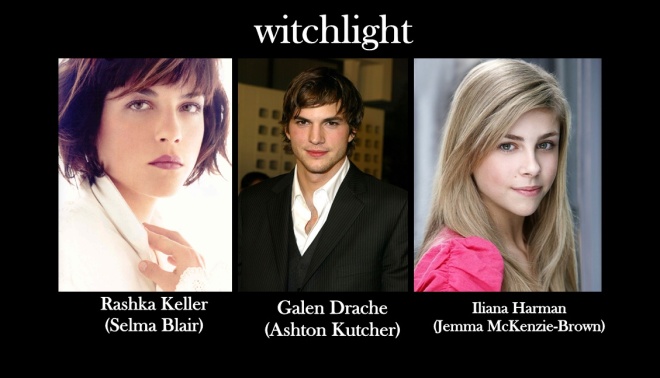 And now, for some fanfic/crazy imagination time.

Blair was born into this world a cherubic baby with a sweet face and a contagious smile. The only problem was, nobody knew where she was from. Blair was found on the doorstep of a childless couple somwhere in Aylesbury, UK without a note or letter to indicate her background. Nevertheless she was brought up blissfully by the Virginia couple.

Blair was named after Mrs Virginia’s grandmother, Helena Blair Mead. However, at the age of one, Blair didn’t seem to be able to respond to her name, and so Mr and Mrs Virginia gave her a nickname, Ginni.

Blair lived an average childhood with a wide circle of friends and satisfying grades. Despite her facade as the perfect princess, Blair desired to know who her real parents are. She tried all means of sources, Internet and even museums, but it was as if she fell from the sky, unscathed and unknown to the world.

Blair started to use her real name during high school, the time when her whole life began to change.  A nameless stranger turned up on her doorstep just before prom, demanding that she was a lost Harman baby, and also a Wild Power, crucial to saving the whole world before the millenium. Of course, Blair was shocked beyond words, and denied everything he said, until the guy -Tristane Drache, who happens to be a shapeshifter- meets grave danger and only then did her blue fire awakened. And of course, Tristane was Blair’s soulmate.

Tristane brings Blair back to Circle Daybreak, and found out unexpectedly that she was half vampire, half witch. Which makes her part Redfern and part Harman, and she was the only hope to unite the witches and the vampires to bring peace and harmony to the human world and Night World.

(Of course, if Chace Crawford was still available, I would put him as Tristane, but I love Thierry waaaay too much to do that, so I opted for Kevin Zegers.)

And so the world is saved, now ruled by humans, and the Night People are united, still living in shadows of the human world, but in harmony.

Last but not least, this one’s for everyone. ^^

Incompatible, it don’t matter though
‘cos someone’s bound to hear my cry
Speak out if you do
You’re not easy to find

Is it possible Mr. Loveable
Is already in my life?
Right in front of me
Or maybe you’re in disguise

Here we are again, circles never end
How do I find the perfect fit
There’s enough for everyone
But I’m still waiting in line

If there’s a soulmate for everyone