Two years ago, in the middle of June, Fly FM had a radio contest where listeners who managed to call in and give the right answers to Bastille’s lyrics read on air would win tickets to watch Bastille live in Australia. I remember vividly, sitting in front of the laptop with 20 AZlyrics tabs pulled out, listening intently to the cue to call, and then frantically calling the station with my fingers crossed that they would pick me, please pick me, oh god please. However, predictably, they never did, but I did learn a lot from that experience, such as realising how difficult it is to actually get through the line to a radio station and learning how to google lyrics at the speed of light, as well as building a rapport with the DJ in charge by spam tweeting them out of frustration to the point that when I actually called through (but not during the cue to call), he knew who I was and there was nothing for me to do except scream internally from watching the last shred of my dignity break into pieces.

Two years later found me at the exact same position in the living room of my house, laptop in front of me again, but this time I was clicking into the news that was announcing Bastille’s UK tour for their new album, and despite there being no standing tickets left, I went ahead and bought a seating one anyway. Two-years-ago-Michelle would be proud.

It turned out that getting seat tickets was a good idea because the show was at Manchester Arena, and I didn’t particularly feel like wrestling through the crowd at the pit of a venue so big. I had luck with me when I bought tickets, honestly, because my view was actually perfect, directly facing the stage. Probably the only downside of being in seats was everyone else around me being too chill that me shouting and dancing in my seat made me feel a little out of place. But eh, that’s more of my own problem than anything else isn’t it 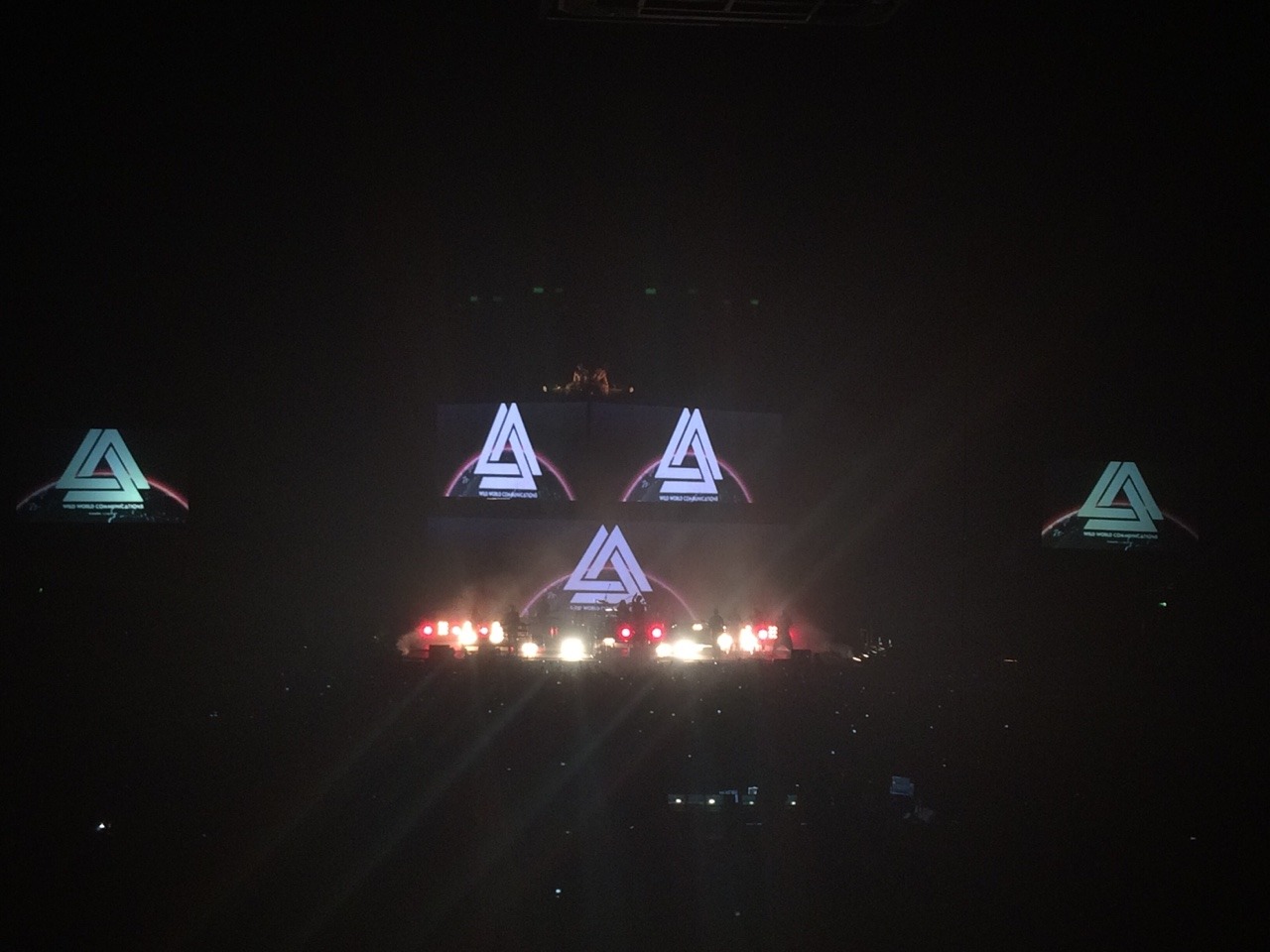 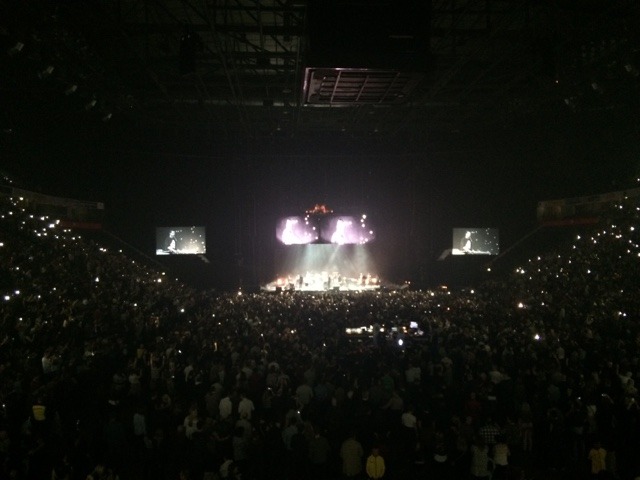 This was during Oblivion – there were no flashes and bright lights, only Dan’s voice ringing through the arena and amazingly, a sea of white light among the crowds as everyone held up their phone torches. It was really beautiful. 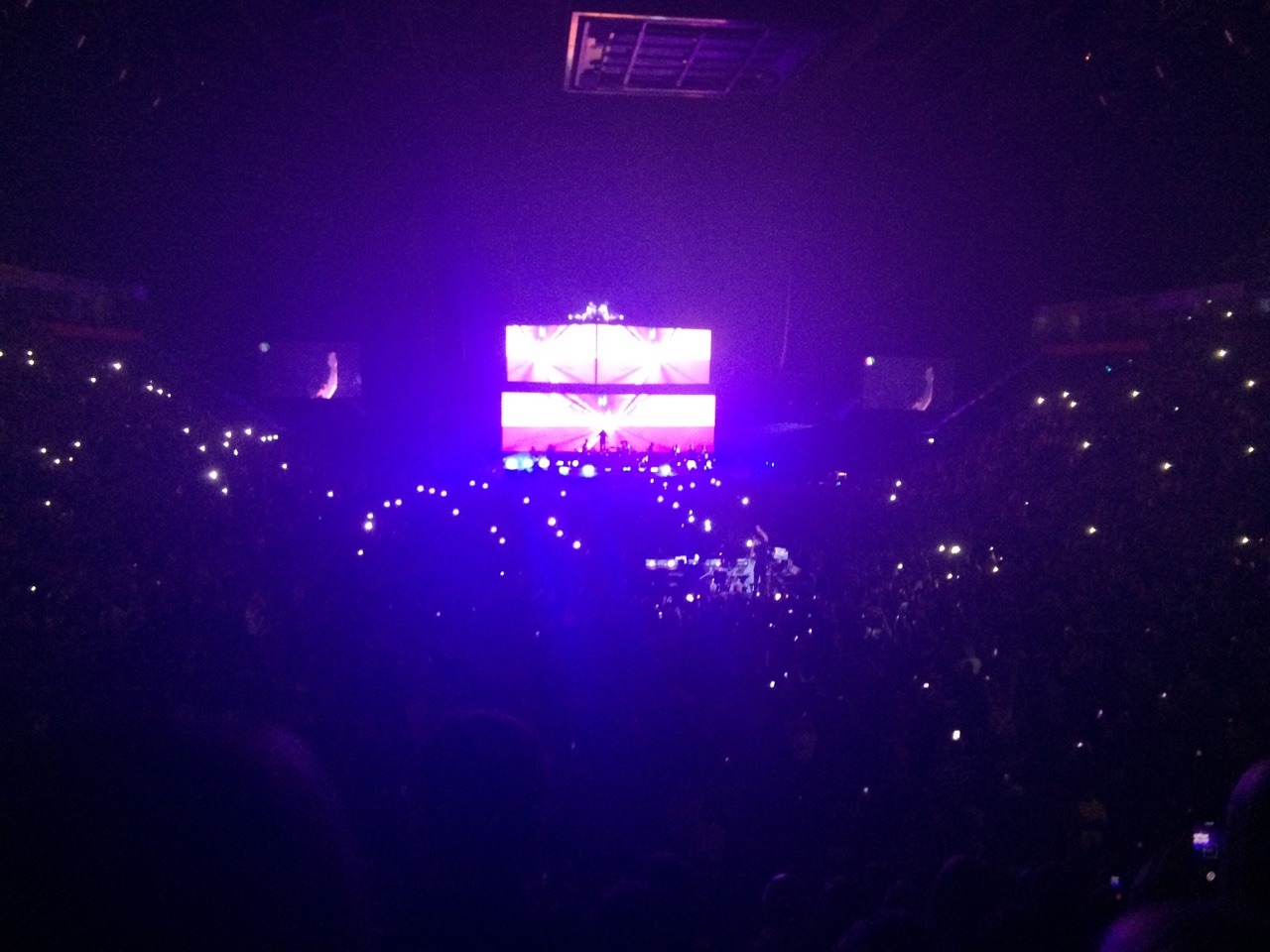 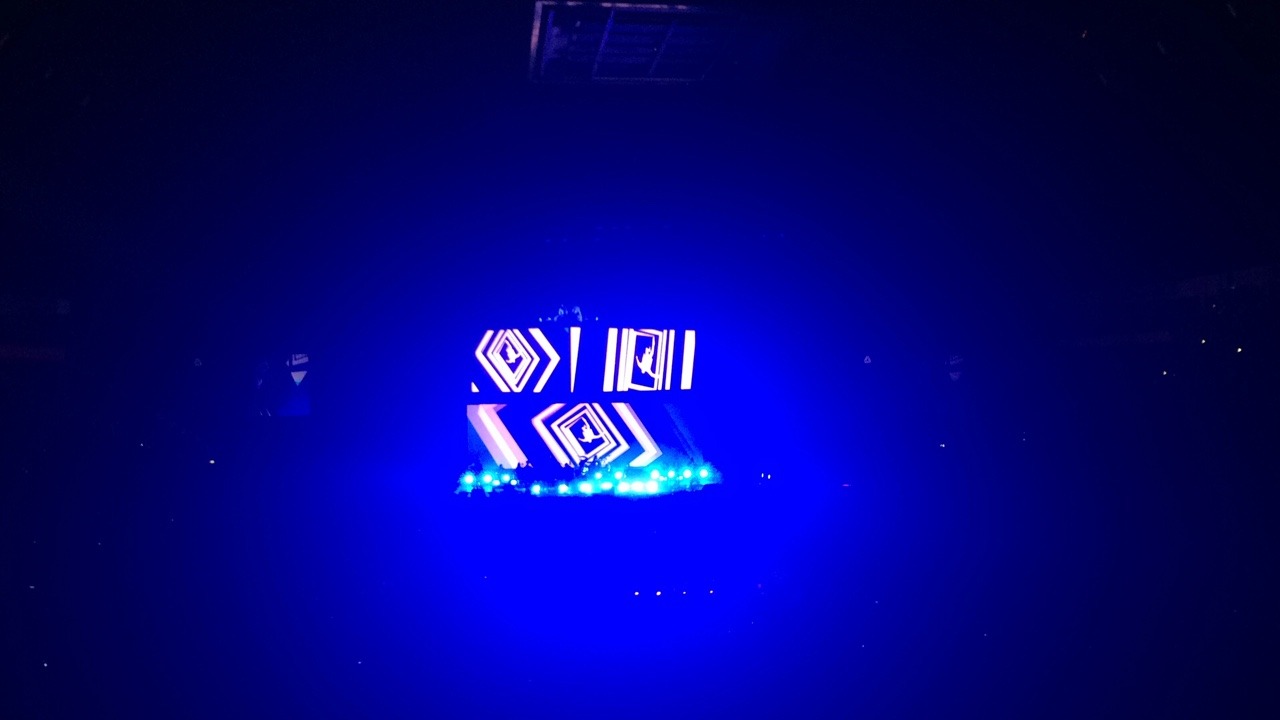 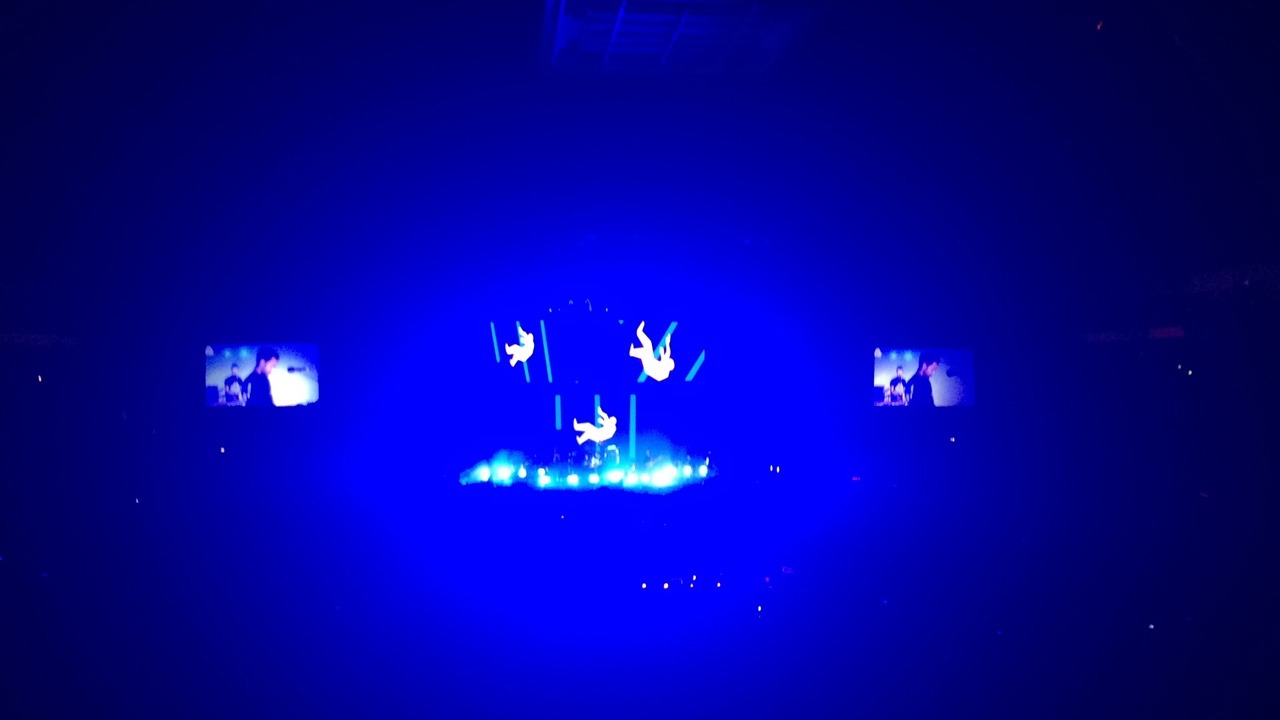 If you want to know what it feels like to experience something trippy, attend a Bastille concert. I particularly loved a concept they did where the onstage screen split into multiple small screens and played real life newscasts from all over the world in various languages, followed by more splitting into smaller screens showing scenes of retro TV shows (they incorporated a lot of TV dialogues -that they’d inserted into songs in their Other People’s Heartaches series- into their new album so this worked out very well for them) cut so jumpily that I don’t really know how to describe it besides – trippy. Couple that with the strobe lights that flashed in sync with the beats of the songs and you get an otherworldly experience of being somewhere you’re not. Unfortunately, the strobe lights gave me a bit of a headache for a while that I had to shield my eyes while singing and jumping so that was quite funny. But during Pompeii, despite the lights and everything I gave in and went all out, a good encore to round the show up with.

And oh boy, Dan’s voice was absolutely magnificent, so powerful as it echoed throughout the arena. Bastille really knows how to put on a wonderful show.